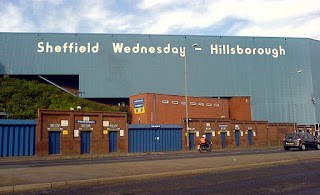 I signed the e-petition that triggered tonight's House of Commons debate about the release of Government documents relating to events leading up to the loss of 96 lives before a FA Cup semi-final at Sheffield Wednesday's Hillsborough ground in 1989 and hope that the relatives of those who died are successful in their bid to have them published. I think it's unlikely however that the smoking gun they're looking for will be found in them, especially if the Cabinet Office blanks out sections.

The boycott of The Sun in Liverpool after it printed unfounded claims about the behaviour of fans at Hillsborough, based on anonymous "police sources", continues and rightly so: that article was just a small part of the damaging effect the Murdoch empire has had on British society.
Posted by Matt at 05:51