The news yesterday that the teaching of foreign languages in English secondary schools is in steep decline, disappearing from the curriculum in large parts of the country, was sad, but hardly surprising.

One striking example is that thirty-seven local authority areas, including some of the poorest (North Tyneside, Knowsley, Wigan, Rochdale) now enter fewer pupils for foreign language exams than the elite Eton College.

I did French and German to "A" Level in the late 80's, but never felt really confident about speaking them in a real life situation until the last decade or so, when I started going to Germany and the French-speaking part of Belgium on beer trips, and was pleasantly surprised how much came back within a few hours of my being there.

Apparently foreign languages, especially French and German, are seen as too hard, both by students choosing which subjects to study to GCSE and their teachers. A big part of that is exam results counting towards a school's position in the league tables, and hence their funding. And of course, once people stop studying foreign languages at school it has a knock-on effect on both the number of undergraduates studying them at university and those qualified to teach them.

I was also one of the last half dozen people to take "O" Level Latin at a state school in Stockport, although sadly I don't get much chance to use it now. 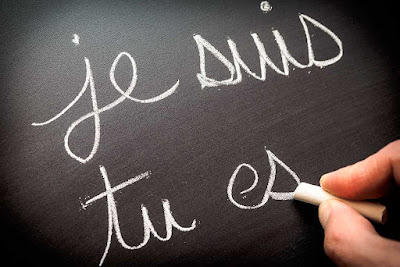 Forty years of beer on film

I picked up a DVD last week, at the end of CAMRA's online January sale, about the history of the organisation, released in 2011 to mark its fortieth anniversary.

Quite a lot of the things in it are of course familiar, from the founding of the campaign by four young men, three of them journalists, in a pub in the West of Ireland, while on holiday there in 1971, to footage of the first festival they organised, a forerunner to the Great British Beer Festival, in Covent Garden flower market in 1975, but there are still a few other things that I didn't know before, including the full story about how Bateman's Brewery was saved and the fact that the right-wing Tory MP for Macclesfield Nicholas Winterton served on the board of CAMRA's investment arm in the 1970s. The unintended conseuences of the 1989 Beer Orders, championed by CAMRA at the time, is also explored with more self-examination than you might expect.

It was good to put a face and voice to the beer writer Christopher Hutt, whose pioneering work helped to launch the campaign, along with that of Frank Baillie and Richard Boston, although I was a bit surprised that there was no mention of Michael Jackson who, despite focussing more on continental and North American beers, was also an important influence in the early years of the organisation.

There's a rather prescient bit in the film where one of the directors of Fuller, Smith and Turner is interviewed and admits that in the early seventies the board was considering selling their Chiswick brewery site for development into a hotel and housing and becoming just a pub company...