Spaten and The Sorrow and the Pity

I've just been watching The Sorrow and the Pity, Marcel Ophuls' 1969 documentary about the occupation of the French town of Clermont-Ferrand in World War II.

I'm sure I'm not the only person who first heard about The Sorrow and the Pity through Woody Allen's Annie Hall. I watched the two-part film about Allen the BBC showed last week which prompted me to watch Annie Hall and then The Sorrow and the Pity again. It's a wonderful documentary with Ophuls making French collaborators squirm and talking to two left-wing brothers, ex-Resistance fighters who spent the last months of the war in Buchenwald concentration camp, on their farm in the Auvergne. One of my favourite bits is where they go in the cellar to draw a glass of wine from a barrel and Ophuls asks them "Is it red?" and one of them shoots back "Yes, like me".

The bit that jumped out at me this time though is where he's interviewing a German soldier who was stationed in Clermont-Ferrand during the war. He's in the pub having a beer and draws a map on a beermat with the Spaten logo on it (he also talks about "here in Bavaria"). I could be wrong but I think it might be Braüstüberl Zum Spaten, the brewery tap in Munich where I had half a litre of their fairly bland Helles the first night I was there a couple of years ago. 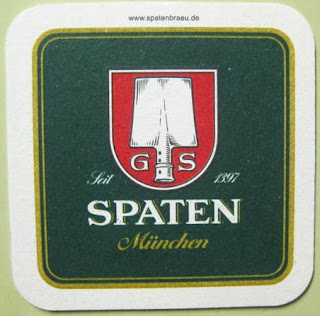 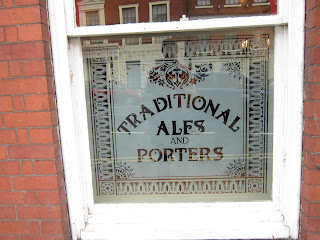 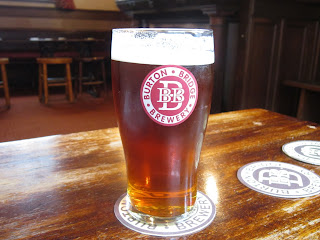 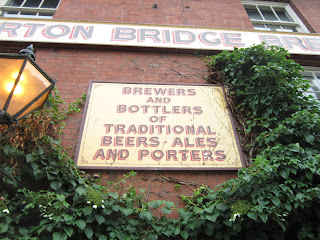 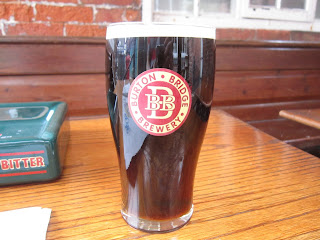 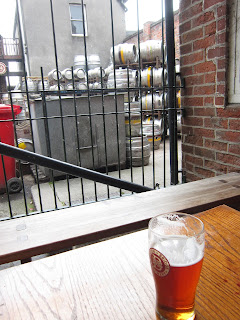 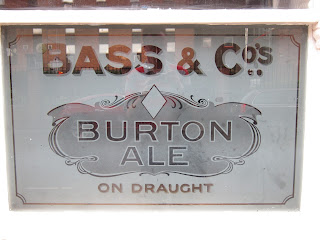 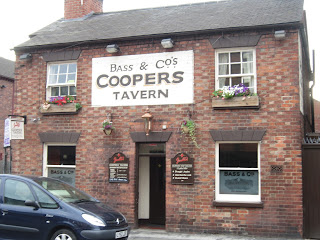 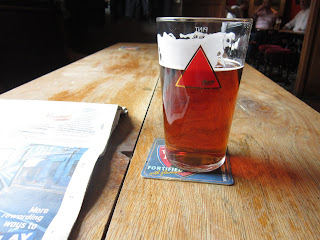 On the way to Burton on Trent the other day, I had an hour or so between trains in Stoke.

I lived in Stoke for three years in the early 90's when I was a student at the poly there and drank in two pubs regularly, The Glebe and The Victoria. They've experienced contrasting fates in the last twenty years.

The Glebe when I drank there was owned by Banks's but it has since been taken over by Joules Brewery who have done a good job sympathetically refitting this nineteenth century pub. Joules first brewed in the late eighteenth century but was bought and shut down by Bass Charrington in the mid-70's before being revived in 2010. The Pale Ale, based on a recipe from the original brewery, reminded me a bit of Batham's Bitter with a clean malt taste and low hopping rate.

The Victoria was apparently the biggest pub in Britain when Marston's opened it in 1900. When I drank in it, the pub stood opposite the football ground of the same name which was demolished when Stoke City moved into a new all-seater stadium in 1997, probably one of the reasons that The Victoria is now boarded up. Having spent many a happy hour drinking Pedigree there as a student, it is now a very sad sight to see. 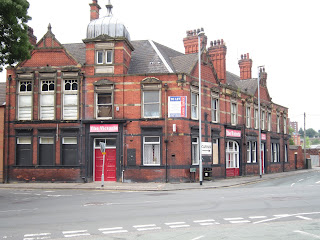 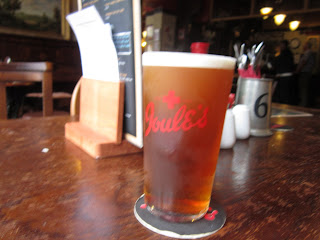 In the late 70's, Australian media magnate Kerry Packer split world cricket by organising a competition to rival official Test matches. The split was healed within a couple of seasons, with Packer getting the TV rights to cricket in Australia, and it's easy to forget how many of the things that are now part of the game were pioneered by World Series Cricket: day-night matches, helmets, pajama-style kits instead of traditional whites and women being allowed into the members' pavilion. 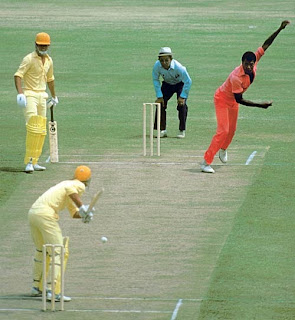 I went to a CAMRA Meet the Brewer event last night at the Hope Inn, Stockport's latest brewpub.

The Fool Hardy microbrewery is in the cellar of the pub in Heaton Norris, at the top of a hill that is shaping up into a decent crawl with the Crown and Pineapple near the bottom and the Magnet and Railway halfway up (I've not been in the George or Midland since they reintroduced cask beer).

The Hope started brewing six months ago with its core beers Rash, Reckless and Risky, clean-tasting pale ales ranging in strength from 3.8% to 5% abv all of which I'd happily drink again. 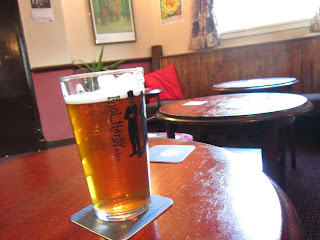 The American trade union federation the AFL-CIO has drawn up a list of beers made by unionised workers.

Beers made by union labour in the US include Miller Lite by Teamsters and United Auto Workers and Budweiser, Michelob and Rolling Rock by members of the International Association of Machinists.
As in Britain, US microbreweries are by definition small-scale outfits, if not one-man bands then only employing one or two people who are often relatives or mates of the owner, so labour relations issues and disputes rarely if ever arise and the chances of them being unionised is pretty low. At the other end of the scale, global breweries like A-B InBev and Molson Coors which only produce keg beers seem to be the most unionised.
In Britain there are two types of brewery that don’t exist in the US: national brewers like Greene King and Marston’s, who produce lots of cask beer and recognise trade unions, and family owned regional breweries who also produce cask beer but with managements which are more traditional, conservative, paternalistic (or downright idiosyncratic) and tend not to.
So what is the lefty beer lover to do? I think you should drink the beer you like irrespective of who brews it although a boycott of a brewery involved in a strike or other dispute – as when InBev decided to close Strangeways Brewery in Manchester in 2005 – might sometimes be appropriate.
The emblem on the NUUBW label below looks very like that of Brauerei Schumacher in Düsseldorf. The union was founded in 1886 by German brewery workers in the United States and didn’t use English at its conventions or in its publications until 1903. 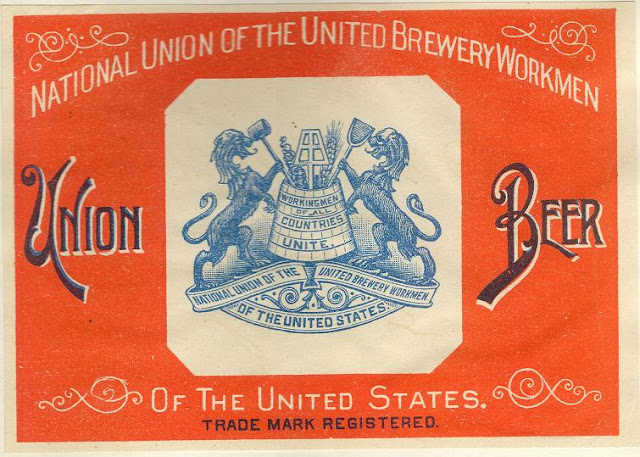 Gone for a Burton

I've been drinking Fuller's 1845 quite a bit recently as Tesco's have got it on special offer.

I drank and enjoyed the fruity, rich taste of 1845 for years without really thinking about what style of beer it fitted into. The label says Strong Ale, CAMRA lists it as an Old Ale in its bottled beer guides and as a strong, slightly sweet ale it also fits into the category of a Burton.

As others have pointed out, the division of strong, malty beers into Old Ale, Barley Wine and Strong Ale is a pretty arbitrary one and that's before you include strong milds like Sarah Hughes Dark Ruby. 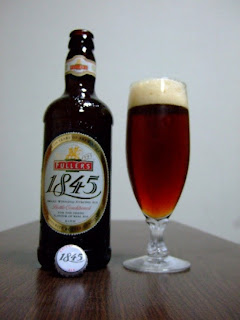