I've been listening to trumpeter Lee Morgan quite a bit this past week after attending an evening at Manchester Jazz Society dedicated to his life and music.

As well as the joyful excitement of his playing and technical mastery of his instrument, Morgan was a key figure in hard bop, the movement which from the mid-fifties brought a harder, more blues and gospel-based, sound to jazz, first as a member of Art Blakey's Jazz Messengers and then as a solo artist. The 1959 Jazz Messengers album Meet You at the Jazz Corner of the World, recorded live at Birdland in New York, on which he plays as part of Blakey's quintet, is also one of the first jazz albums I bought.

Morgan played on three seminal hard bop tracks, all of them title tracks to albums on the Blue Note label, as a sideman on John Coltrane's 1957 Blue Train and Art Blakey's 1958 Moanin' and under his own name on The Sidewinder, a 1963 soul-jazz recording which, when edited down from the ten minute-plus album version, unexpectedly became a hit single for him.

A couple of years ago, the ex-Chancellor of the Exchequer Ken Clarke (with whom I share a love of real ale, football, cricket and jazz, if not the same political beliefs) presented a Radio 4 programme about Morgan in which he told the story of his death at the age of 33, after being shot on a snowy night in 1972 at a club in Manhattan's East Village by his girlfriend and manager Helen Moore, bleeding to death before an ambulance could reach it due to the weather, but until last week I didn't know that he had given her the gun with which she killed him after she was mugged of the takings from a gig. The Swedish film director Kasper Collin also released a documentary about him last year, I Called Him Morgan, which is being screened in Manchester this week. 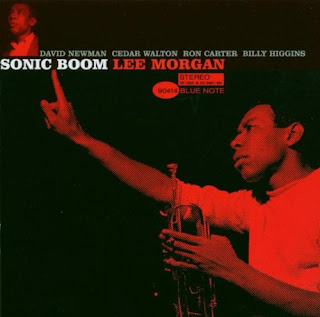 Not doing things by halves

A Twitter exhange with fellow bloggers Boak and Bailey has revealed the existence of something I've never heard of before, pubs that don't serve beer in half-pint measures.

Not only have I never been in a pub which didn't serve halves as well as pints, at least in thic country, I can only think of one place I've been that serves the new two-thirds of a pint schooner, Alberts Schloss in Manchester which dispenses their Pilsner Urquell "tankovna" in them (they sell other beer in half-pints).

I know what the legal measures for draught beer and cider are, but didn't know until someone just kindly pointed it out to me that since 2014 it's been a mandatory licensing condition for pubs to sell beer and cider in half-pints. It's probably because you just sort of assume that they will that it never crossed my mind that there might be some kind of regulation that actually requires them to. 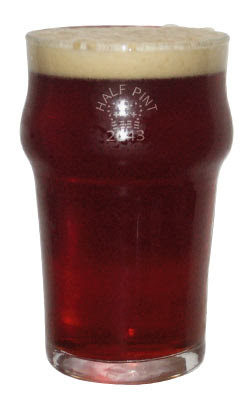 The first Test match to be played in this country on a day/night basis, from two until nine o'clock rather than the traditional eleven o'clock until six, began between England and the West Indies at Edgbaston, Birmingham, yesterday, with a pink rather than a red cricket ball being used, apparently so as to be more visible to the batsmen under the floodlights.

In the United States, baseball games have been played at night under floodlights since the 1930's, but given the number of games in the regular season there are still plenty of day games for fans to watch on TV or go to.

Day/night games are also routinely played in Twenty20 cricket. Although I'm not a fan of that form of the game, with its emphasis on slogging and slightly predictable run chases in the final overs, I think Test cricket played in the later hours of the day is a good idea, allowing people to travel to the ground straight from work and still see most of the first innings and that, especially in hotter countries like those of the Indian sub-continent, the cooler temperatures then will make it more comfortable for both players and spectators, but I predict, and hope, that most Test matches will still be played in the hours of daylight. 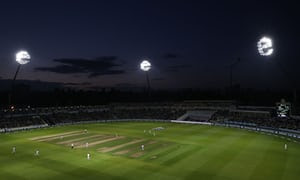 Amid the news about rail fares going up yet again yesterday, there was one bright point: the Ordsall Chord connecting Manchester's two rail terminuses, Piccadilly on the south side of the city centre and Victoria on the north side, is a step closer to opening as engineers have completed the 1,600 tonne bridge which will carry it across the River Irwell and it is now expected to become operational by December.

I remember as a child in the 70's talk of a Picc-Vic line, a tunnel beneath the city centre connecting the two stations, but the idea was ultimately dropped and we had to wait until the Metrolink tram system opened in the early 90's for a slower light rail connection between them.

The running of through trains between Manchester Piccadilly and Victoria will be handy for those travelling from Lancashire and Yorkshire to Manchester Airport, and also for those of us on the south side of the city travelling northwards. I'm looking forward to using the new line en route to watching Salford play rugby league at Barton-upon-Irwell and when travelling up the Rail Ale Trail to West Yorkshire. 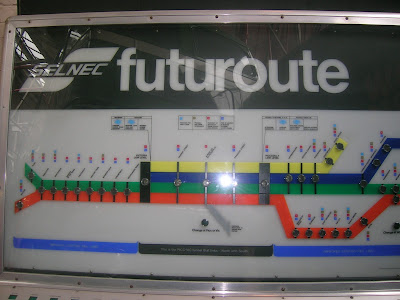 The media have been having a bit of fun with the story about the seven seminarians who walked into a pub in Cardiff last weekend in clerical garb and were initially refused service by a barman who thought they were a stag party in fancy dress, before the assistant manager stepped in and rectified the misunderstanding by offering them a free round of drinks.

The bit that caught my eye though was the statement by the Archbishop of Cardiff in which he said, "It's wonderful to hear that the seminarians were celebrating their own path to priesthood by having a good time in Cardiff, which of course they are allowed to have."

It seems to me that the Archbishop is responding there to the unspoken idea that there is something wrong with priests, or those training to become priests, enjoying a few pints in a pub. I blame Henry VIII.

As well as triggering a schism from Rome with his adulterous marriage to Anne Boleyn, Henry in unleashing the English Reformation shut down the monasteries which until then had brewed huge volumes of beer, as well as being the economic hub of an agrarian society, buying goods from the small farmers and tradespeople around them.

Thankfully, the connection between the Church and brewing continued elsewhere in Europe, with merry monks and plastered priests still adorning beer bottles from the Trappist breweries of Belgium and the monasteries of Bavaria.