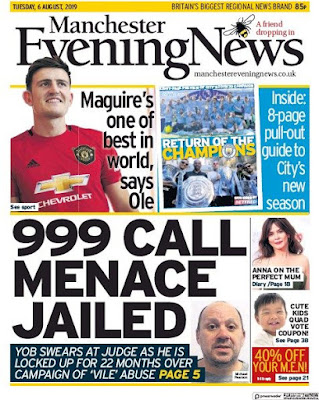 Back to the pub

I strolled down to my local just after it re-opened on Saturday afternoon to see what it was like.

It's a large tied house, surrounded on three sides by a car park. When I first drank there in the late 80s, it was a smoky and wet-led multi-roomed boozer, with a darts board in the vault and a snug unofficially reserved for pensioners, but a series of modernisations since has seen it transformed into an open plan dining pub which, although it still serves a decent pint of cask beer, means that it isn't really my kind of place any more and I now only go there to watch football, rather than for a social drink as I did regularly in the 90s and 2000s.

Looking through the large windows, I could see that it was pretty busy, with lots of the tables full, and heard the sound of laughter and shouting coming from them. In the smoking shelter at the front, half a dozen teenagers had gathered with their pints and an older guy was nervously nursing his there too (looking at the pub's Facebook page later, it turned out that he'd been told that he couldn't go in the pub as they were only seating parties of up to six at the tables inside, not solo drinkers, and he hadn't felt very safe outside given the lack of social distancing). It had the feel of a slightly boisterous Friday or Saturday night rather than a normal weekend dinnertime session with the initial surge of people eager to get back to the pub, which will probably subside quite quickly - and perhaps disastrously so for some pubs. The mostly uncovered outdoor seating area along one side of the building was unsurprisingly empty as the rain swept across it, something that was always going to be an issue with the typically British, and especially Mancunian, summer weather.

I've no problem with the pubs re-opening or with people going to them, and if there's another wave of Covid-19 infections in the coming weeks I won't, as some undoubtedly will, point my finger at those who went this weekend, given that, from what I could see, the big majority behaved responsibly by following Government safety guidelines, despite critics on social media highlighting the small minority who didn't while also exposing their snobbery towards working-class drinkers and general disdain for pubs.

When I go back to the pub myself, it'll be somewhere I can walk to, rather than travel to on public transport as I generally used to do, and where I can drink, and ideally order and pay for, my pint outside, although rationally I know that ordering apps, social distancing, regular cleaning, contactless payments, hand sanitiser, table or end of bar service, perspex screens, face masks and one way systems all lessen the risk of contracting and spreading the virus indoors. 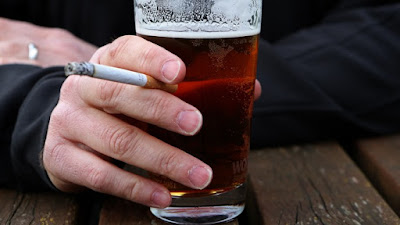