Impulse Records has just issued Blue World, an album of material from a rediscovered and until now unreleased John Coltrane session in 1964, for the score of an experimental Canadian film about a young couple in Montreal, Le Chat Dans Le Sac.

The session opens with the laid-back and lyrical Naima, first heard on his debut album for Atlantic Records in 1959, Giant Steps, with the rhythm section of the Miles Davis Quintet which he would leave the next year - pianist Wynton Kelly, bassist Paul Chambers and drummer Jimmy Cobb - replaced by that of his own "Classic Quartet", pianist McCoy Tuner, bassist Jimmy Garrison and drummer Elvin Jones.

Most of the tracks are shorter and blusier than the ballad which both the session and the film begins with, in contrast to the longer and freer compositions on his next Impulse album, the religiously inspired A Love Supreme.

With Thelonious Monk's score for the 1959 French film Les Liasions Dangereuses being rediscovered a few years ago, it makes you wonder what other jazz gems are yet to be unearthed in the archives.

Oh Manchester, so much that Pevsner saw

I was reading a blogpost last week by an American visitor to the Marble Arch, the classic pub on the Ancoats/Collyhurst border a few hundred yards up Rochdale Road from Manchester city centre, and noticed a reference to a description of it in the Pevsner Guide to the Architecture of Manchester ("unusual jack-arch ceiling with exposed cast-iron beams supported by tile-clad brackets. Walls and ceiling of the main bar are lined with glazed bricks and tiles and a lettered frieze advertises types of drink") published in 2001.

I've got the South Lancashire volume of Pevsner's The Buildings of England that covers Manchester, which he wrote after a visit here in 1967 and published in 1969, but didn't realise that the series had continued after his death in 1983. I've just picked up a cheap second hand copy of the Manchester guide online.

There are a few other pubs in the book, including the Britons Protection ("early C19 revamped in the 1930s, with much interior decoration"), Circus ("an almost miraculous survival considering the tiny scale of it") and Hare and Hounds ("late C18 origins with a remarkably complete interwar interior"), but the main interest is in how the city is described in that period, between the opening of what is now the Manchester Central conference centre in 1986, the 1990 Strangeways prison riot which destroyed much of the Victorian gaol just north of the city centre (next to the tower of Boddingtons Brewery that survived until 2007), the coming of the Metrolink tram system in 1992 and the 1996 IRA bomb, which triggered much of the redevelopment of the centre, and the rampant skyscraper building which has transformed it in the last decade, including an artist's impression of what the new Piccadilly Gardens with its now much criticised wall would eventually look like. 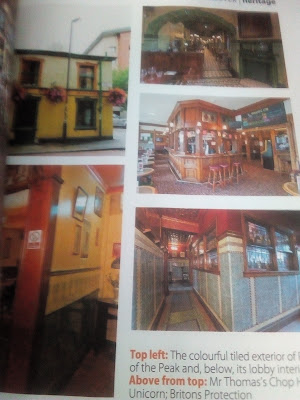 I've been watching, and unexpectedly enjoying, Sanditon, ITV's adaptation of Jane Austen's final and unfinished novel about a town on the south coast of England being transformed into a Regency seaside resort, which she was writing until shortly before her untimely death at the age of 41 in 1817.

Although sequels are almost always inferior to the original classics whose success they seek to cash in on (Lewis after Inspector Morse, the awful Blues Brother 2000), finishing uncompleted novels either on the page or screen tends to work better (I'm also a fan of prequels which establish the background and motivations of well-known characters - as Endeavour does with Inspector Morse, or, in one of my favourite novels, that of Jane Eyre's Mr. Rochester in Jean Rhys' Wide Sargasso Sea).

The text of Sanditon is only about sixty pages long, so most of the TV series is the work of screenwriter Andrew Davies who, rather than messing around too much with the plot and characters, has managed to extend some of the novel's themes - slavery, racism, financial speculation - that are only hinted at by Austen.

The pre-eminent example of an unfinished work of literature is of course Lady Don't Fall Backwards by Darcy Sarto, as brought to life by East Cheam's inimitable man of letters Anthony Aloysius Hancock. 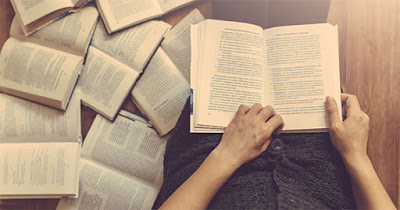