I went to Stockport last night for the presentation of my CAMRA branch's Pub of the Year award to the Boars Head, a Sam Smith's pub on the marketplace which serves their only cask beer, Old Brewery Bitter.

I drank in Sam's Smith's other pub in the town, the Queens Head, a few times when I worked in Stockport in the late 90's and early 2000's, but hadn't been to the Boars Head before. It has the older male working-class clientele you expect in a Sam Smith's pub, no doubt attracted by the very reasonable prices: a pint of Old Brewery Bitter is £1.80 (not a typo, London readers). It has also the kind of rambling corridor and multi-room layout and Victorian-type decor that I'm a big fan of.

I'd guess that the Boars Head is the only CAMRA Pub of the Year in the country which only serves one cask beer. I hadn't drunk Old Brewery Bitter for a while; it was the heavy malty, bready Yorkshire bitter I remembered and was well-kept. I also tried Sam Smith's keg Extra Stout on draught and was impressed by its roasty taste, a cut above that of the Guinness it replaced. 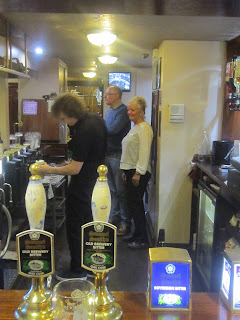 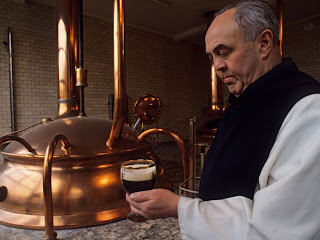