How the mighty are fallen

Bradford Park Avenue are one of the ghosts of non-League football, former League clubs who have slowly drifted downwards to that level and, as with the also resurrected Accrington Stanley, their glory days, such as they were, are a long way back, in the early twentieth century.

Their descent isn't quite so dramatic though as that of the European Cup, League title and FA Cup winners who have subsequently found themselves playing in the lower divisions (Nottingham Forest, Manchester City, Blackburn Rovers, Coventry City, Wigan Athletic, Portsmouth, Leeds United, and a few more I've probably missed too). So who, I thought, has fallen furthest down football's League pyramid?

The answer it seems, at least according to this article last year, is my own hometown team Stockport County who top the table - not a phrase you associate with the Edgeley Park outfit - with an impressive drop of 99 places, although they've no doubt fallen even further since... 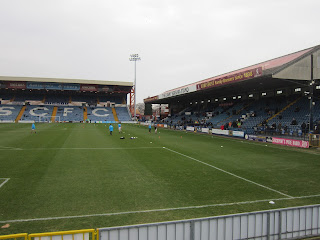 A voice in the wilderness

As other bloggers set out across the country to tick off new entries in the 2018 Good Beer Guide, a look at the map indicates, yet again, a complete lack of entries for my area on the Stockport/South Manchester border, and rightly so given the absence of any decent pubs serving good beer here.

A look at earlier editions of the GBG, specifically the ones from 1983 and 1990, reveals that the same wilderness has existed for at least thirty-five years, and although some "beer deserts" are easily explicable - the one on the other side of town, in the part of North Manchester beyond the extension of the Northern Quarter into now trendy Ancoats and across into East Manchester, is the result of deindustrialisation in the 70's and 80's and the subsequent demolition, conversion to other uses or switch to keg-only dipense of wet-led boozers there and the closure of some of the breweries which once supplied them (notably Wilsons, which shut in the mid-80's, and Boddingtons whose iconic Strangeways Brewery tower came down a decade ago) - the one here is less so as similar outer suburbs around it are not equally bereft of decent pubs to drink in, whether newish micropubs or ones tied to local family brewers.

The nearest GBG pubs to me are all two to three miles away, which realistically means a shortish bus or train journey, and a specific reason to go there, maybe once a week, rather than casually dropping into them more regularly for a pint or two as I would if they were within half a mile or so.

The extremes on the spectrum of a drought to a surefeit of GBG entries are, I would guess, the central belt of Scotland, where lager-drinking largely took over from the 60's onwards (the whole country only takes up a slimmish section at the back of the GBG), and the Black Country, where you can easily visit half a dozen in an afternoon or evening, reflecting the tradition of brewpubs which never quite ended there as it did in other parts of England.

My immediate drinking options are an estate pub and members' only social club, both keg-only, and dining pubs with zero atmosphere and variable, to say the least, beer quality, so my best bet for anywhere half-decent to drink locally in the near future is probably if someone converts one of the several empty shop units hereabouts into a micropub. 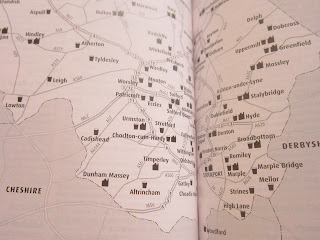 Salford not for sale

I wasn't particularly surprised the other day when Marwan Koukash, owner of Salford rugby league club, announced that he was relinquishing control and handing it over to a supporters' trust. I'd been expecting something along those lines at the end of a season in which, despite the money he's put into the team and the highish league position that they achieved, attendances at matches have continued to fall.

When Salford moved to their new ground in Barton-on-Irwell from their longtime home at the Willows in Weaste in 2012, attendances were about 5,000. The stated aim of the move was to at least double that; instead, they are now around half, often bolstered by away rather than home fans supporting their team, and even some season ticket holders no longer attend as many matches as before.

Salford had apparently been told by the Rugby Football League that the Willows was no longer a fit ground for the twenty-first century, hence the move to Barton and a new 12,000-capacity stadium there, jointly owned by Salford City Council and Peel Holdings, owners of the nearby Trafford Centre shopping mall.

A modern ground, even one that incorporated standing areas and offered cheap tickets, was never going to have either the atmosphere or historical associations of the Willows, where Salford had played since 1901, but there have been many other problems with the site too.

I remember at the last match at the Willows, while in the queue for the turnstiles, some fans complaining that in moving to Barton the club was leaving the traditional (i.e. pre-1974) boundaries of Salford, and although that might be a minority opinion there's definitely a feeling that a lot of fans who walked to the ground from the club's Weaste and Pendleton heartlands in the past now no longer bother.

Public transport isn't great to the new ground - the nearest train stations and tram stops are at least a mile away - the proposed tram line to Port Salford, the freight terminal on the Ship Canal also owned by Peel Holdings, which will include a stop nearby, isn't scheduled to open for another four years, and the long access road to the ground means that, despite there being a large, free car park outside, the time it takes to leave it at the end of matches has led many fans to give up using it and parking in the Peel Green housing estate opposite instead.

There has been some talk of Salford not taking enough advantage of their potential fanbase in the neighbouring city of Manchester, and while the idea of that city's name being incorporated into the club's has rightly been rejected, there is some truth to it, especially with their location miles out from the centre in Barton not helping with that.

If the funds could be found, the ideal solution would be to build a ground in the part of Salford that adjoins Manchester city centre, with its numerous transport hubs, but I suspect that they can't, what with the financial support Koukash has given about to be withdrawn and the money from the naming rights to the ground going to Sale Sharks rugby union club, Salford's co-tenants at Barton.

Rugby league has always been dependent on local businessmen becoming owners and directors of its clubs, whether for the prestige or connections that gave them, much like football clubs up until the last quarter of a century in which they have either become PLC's or been transferred to offshore trusts in exotic tax havens controlled by American or Middle and Far Eastern billionaires.

It's hard to see then how, without an alternate source of outside income, a supporters trust will work at Salford, the first board of which is apparently going to be appointed by the outgoing owner. It seems that rather than generously gifting the club to its fans, he is instead walking away from it, perhaps understandably given the circumstances, and taking with him the money which he is no longer willing to put into its continued maintenance. 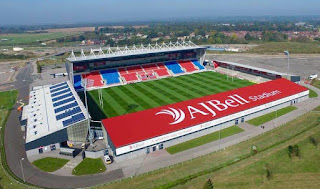