I was reading an obituary of Florian Schneider, co-founder of the pioneering German electronic music group Kraftwerk, the other day which had the photo below of them in their home town.

That image sparked lots of associations with what is probably my favourite German city, which I first went to in 2009 and have been back to numerous times since.

Düsseldorf might be an industrial city, but, even without the Gothic, tourist-attracting cathedral of its Rhineland rival Cologne, it still has some architectural gems, especially the modernist central railway station, and also benefits from having a long promenade along the Rhine which is quite wide at that point, allowing pleasure boats to share the waterway with the large barges carrying their cargoes to the Port of Rotterdam further downstream.

I also love the Radschläger, the small wooden figure of a cartwheeling child which you see all round the city, and which supposedly celebrates a military victory over Cologne in the thirteenth century (the rivalry of these two Rhineland industrial and port cities is very similar to that between Manchester and Liverpool in North West England).

The main attraction though, and the thing that first brought me to Düsseldorf, is the Altstadt (Old Town), and its brewpubs serving small glasses of brown, hoppy Altbier. When this pandemic is finally over, they'll be very high up my list of places to revisit.

I wrote here about another Rhineland beer/pop connection, and one with links to Manchester, the Velvet Underground's Christa "Nico" Päffgen, whose family owned the Kölsch brewery of the same name. 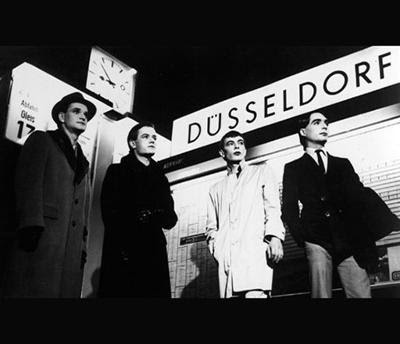