A Beacon for Bristol

Bristol's concert venue Colston Hall has been rebranded as the Beacon after a decades-long campaign to remove the name of the eighteenth century slave trader whose statue was toppled and thrown into the harbour there in June.

Bristol has of course a longstanding Afro-Caribbean community, and an equally long history of fighting slavery and racism, including the 1963 boycott of the local bus company which refused to employ black drivers, shamefully in connivance with the Transport and General Workers Union (whose first General Secretary, and future Foreign Secretary, Ernest Bevin, founded the union while working in the city), and in 2016 elected its first black mayor, Labour's Marvin Rees, a descendant of slaves now running a city built on the slave trade.

In the early sixties, another descendant of slaves, the former Mississippi field hand McKinley Morganfield, better known as Muddy Waters, stood on the stage of Colston Hall in front of hundreds of young white blues fans - thousands of miles and a world away from his Delta youth of sharecropping on plantations and playing at juke joints and Saturday night fish fries - although, in an echo of current restrictions, a local by-law banning amplified music after ten o'clock meant that the power to the microphone broadcasting his electric slide guitar to an enraptured audience was cut off after fifteen minutes! 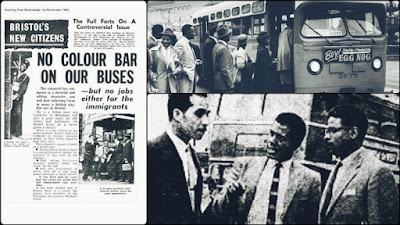 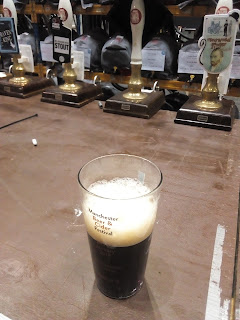