I've just bought and am now listening to the complete Chess recordings of sixties soul singer Sugar Pie De Santo. I'm sure I'm not the only person prompted to pick them up after hearing her sing Go Go Power on this TV advert.

Although Chess Records in Chicago is best known as a blues label, in the sixties its subsidiary Checker had a roster of young female soul and R&B singers which as well as Sugar Pie De Santo included Etta James and Fontella Bass.

The liner notes for the album feature photos of Sugar Pie performing at the Jigsaw club in Manchester. There's a bit about it on this forum, suggesting that it operated in the mid to late sixties as a competitor to the better-known Twisted Wheel, but none of the people I've asked who were going to clubs in Manchester then can remember it, and the building on Cromford Court which housed it was flattened in the early seventies to make way for the Arndale Centre.

How many teams can a World Cup have?

The FIFA Executive Council has voted unanimously to expand the World Cup from 32 to 48 teams, and the number of matches from 64 to 80, starting with the 2026 tournament.

The World Cup which England won in 1966 featured 16 teams, and you could argue that some of those were making up the numbers.

I'm not against teams from around the world playing in the World Cup, but those that qualify for the finals should have at least some chance of winning it. I already only watch a fraction of the matches, and avoid the meaningless ones between teams who you know have no hope of reaching the knock-out stage, let alone lifting the trophy.

It's easy to see the appeal to FIFA of a bigger tournament: more matches means more TV money, especially from its target markets in Asia and Africa, more ticket sales, and more votes in the bag from grateful national federations when it comes to internal elections, but in this case less is definitely more. 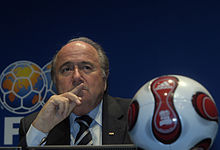 Beer In So Many Words

Back in 2012, I wrote a blog post asking why no one had put together an anthology of beer writing. Now, a mere four years later, the publishing world has heeded my request and produced just such a book, a copy of which someone bought me for Christmas.

Beer In So Many Words has excerpts from many of the writers you'd expect to see, Charles Dickens, Graham Greene, George Orwell, Thomas Hardy, James Joyce, A.E. Housman and Graham Swift, although suprisingly nothing from the great chronicler of the interwar London pub Patrick Hamilton, along with a few you might not, such as Ernest Hemingway discussing Ballantine IPA, Thomas Mann's description of porter from The Magic Mountain and Robert Graves with a poem about strong ale. I especially liked the phrase penned by Dylan Thomas in Portrait of the Artist as a Young Dog, which I hadn't come across before, about "the taste of beer , its live, white lather, its brass-bright depths, the sudden world through the wet-brown walls of the glass".

One my favourite pieces though is a 1974 Sunday Times article by Ian Nairn about the state of English beer and pubs, in which he also references fellow campaigners Frank Baillie, Richard Boston and Christopher Hutt, whose first words signal how close we came to losing cask beer: "It my be the fifty-ninth second of the fifty-ninth minute after eleven o'clock, but I think there is now a chance of saving what remains of draught beer in Britain." 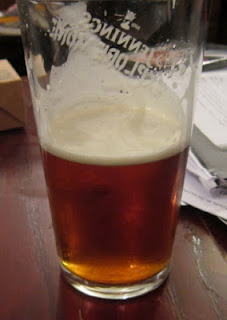