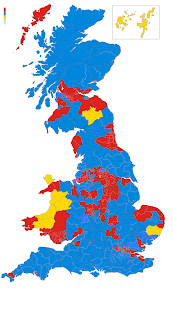 I went to a talk by beer historian and blogger Ron Pattinson yesterday afternoon, part of the so-called Macbeth Tour he's doing to promote his new book about Scottish beer.

The event took place at the Beer Nouveau Brewery Tap, a microbrewery housed within a railway arch in Ardwick half a mile south of Piccadilly station, and featured tastings of historic Scottish beers recreated by them as well as some produced by Manchester homebrewers.

The beers, which spanned the years 1879 to 1894, were shilling ales, designated according to the wholesale price of a hogshead which, at least in the nineteenth century, gave the drinker some idea of their strength: the ones we tried began with a 1879 Youngers 50/- Sparkling Ale at 3.7% abv and ended with a 160/- from the same brewery and year at 7.8%.

The Scotch ales brewed and sold in Belgium and the United States tend to be dark, strong and malty but shilling ales like the ones we drank yesterday are nothing like that, being pale and well-hopped. Many also had an appealingly sharp sourness and some woodiness picked up from the oak casks they'd been racked into. My favourites were probably the Youngers 1879 160/- and Ushers 1885 100/- which reminded me of pale barley wines.

Thanks again to Ron for the talk, which as always was packed with masses of interesting and informative stuff interspersed with lots of humour and myth-busting, and to Steve at Beer Nouveau for kindly hosting us. 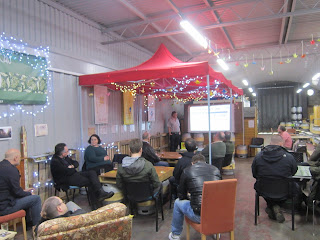