A bevvy in Levy

I went to Levenshulme last night for the presentation of Stockport and South Manchester CAMRA's Pub of the Year award to the Blue Bell Inn, and also popped into a new micropub, Station Hop, en route to it.

The Blue Bell and Station Hop are contrasting pubs in a numbers of ways: the latter a converted shop with dark, minimalist signage on the main Stockport Road through Levenshulme - I walked past it without spotting it at first - which extends a long way further back than you'd imagine from the narrow shop front through three sparsely decorated rooms lit with suspended filament bulbs and attracts a younger, middle-class crowd, and the former a solid redbrick building with a well-lit separate sign a few minutes walk from it on a large plot amid terraced housing (the original thatched inn was replaced by the current interwar incarnation sometime in the thirties, the only alterations since being the post-war repair of bomb damage) which has the classic multi-room arrangement of lounge, vault and snug and is patronised mainly by older, working-class drinkers; the only real similarity between the two is that each sell a limited number of well-kept cask beers (Old Brewery Bitter in the Blue Bell and two handpumps in the Station Hop) alongside a more extensive range of keg beers, the latter at average prices for a micropub close to the city centre and the former at the very reasonable ones you'd expect in a Sam Smith's house.

I finished the night on Sam Smith's Extra Stout, a smooth, coffeeish beer that reminds you of Guinness at its very best. Somehow though, I'm not sure it's the "quality keg" that those in the CAMRA leadership pushing the so-called Revalisation proposals  have in mind when they talk about embracing all well-brewed beers... 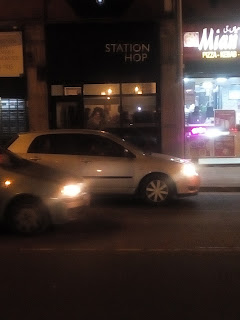 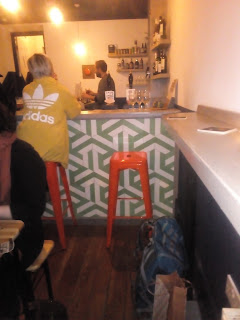 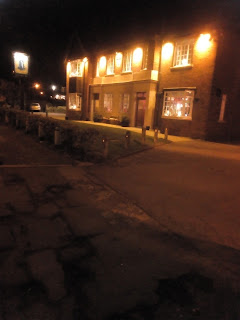 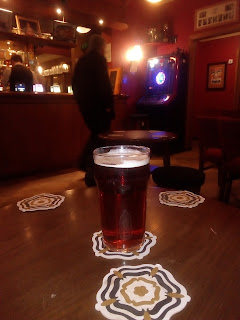 Back in Time for Tea which started on BBC2 last night is the Northern equivalent of the series Back in Time for Dinner (north of the Trent, breakfast is followed in the early afternoon by dinner, tea is eaten in the early evening and supper is a snack just before bed) in which a family experiences work, leisure and especially food through the decades, this time set in Bradford rather than London and presented by Bolton's Sara Cox.

Last night's opening episode spanned the twenties and thirties, when wage cuts and then mass unemployment drove down working-class living standards to subsistence levels, and saw the family eating bread smeared with lard and, if they were lucky, rag pudding, tripe and poached rabbit. There was also mention of some of the social struggles of the time, including the "right to roam" protests which saw young workers from the Northern industrial towns battle landowners for access to their estates when out rambling, and a neat synopsis of the origins of rugby league for our benighted Southern bretheren who have to make do with union.

One thing that did make me wonder though was when the mother and father of the family shared a can of beer: I know canned beer was introduced to Britain in the mid-thirties, but surely Bradford millworkers who wanted to drink at home would have either bought some bottles or carried draught beer back from the pub in a jug.