The son of a miner from Wakefield, Storey belonged to the same generation of actors and writers as Albert Finney, Shelagh Delaney, John Braine, Tom Courtenay and Alan Sillitoe, and like them often experienced something of a disconnect between the artistic world he found fame in and his roots, playing rugby league for the Leeds "A" team at weekends before returning to the Slade School of Art in London, a feeling memorably expressed by Courtenay in the entry from the diary he kept as a student at RADA for the day in 1959 when his hometown side Hull lost to Wigan in the Challlenge Cup Final: "Met Dad, went to Wembley. Played Chekhov in evening."

A 14 year-old boy from Sheffield has died in hospital in Leeds after he collapsed at the end of an unlicensed kickboxing bout in the city on Saturday night (unlicensed because the "sport"'s governing body bars those under 16 from the fights it promotes) and the private medical team hired by the event's organisers were unable to save him.

I'm not a fan of boxing, as I wrote here, but there's a world of difference between the law allowing adult men to engage in violence which if it took place anywhere else would see them prosecuted and young people with still developing brains and muscles, no doubt heavily influenced by older family members, being exposed to the dangers of the ring, especially one in which they can legally be kicked as well as punched to the head and upper body.

I've seen comments along the lines of "he died doing what he loved" and " all sports have risks", and West Yorkshire Police have said that they are not treating his death as suspicious, but surely his parents should face some sort of criminal liability.

I'm not saying that they should go to prison - punishment beyond the ridiculously premature and entirely avoidable loss of their son is hardly appropriate here - but a conviction for manslaughter on the grounds that they recklessly put his life in danger, or under one of the child protection laws requiring adults to ensure the safety and welfare of young people in their care, and a suspended sentence would at least send a message to others about society's attitude to such behaviour. 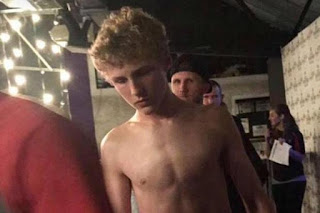 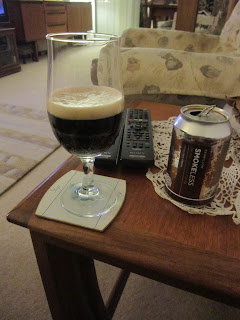 For the last few days I've been listening to BBC Radio 4's Book of the Week, an abridgement of Alan Light's biography of singer and pianist Nina Simone, What Happened, Miss Simone?

Nina Simone is notable not just for spanning multiple genres in her musical output - blues, jazz, gospel, soul, R&B and pop as well as the classical music she had been trained to perform as a child in North Carolina - but also for being a political figures whose songs Mississippi Goddam and The Backlash Blues (the latter penned by her friend the Harlem Renaissance poet Langston Hughes) exemplified the harder-edged, more militant tone the black civil rights movement took on in the sixties in the face of racist intransigence from the Southern states and the Federal government's sluggishness in enforcing freedoms legally won by African-American activists.

Simone acquired a reputation for being "difficult", a trait often ascribed to her having some sort of personality disorder, but given the racism she experienced throughout her life (she refused to play at her first public piano recital until her parents were moved forwards from the back of the concert hall where they had been placed and put onto the front row and later had a place at a music college denied to her on the grounds of her colour before becoming a cabaret act at the bar in Atlantic City, New Jersey, where she adopted her stage name) it was surely either a case of her standing up for herself, or, if it did indeed stem from mental illness, was a reaction to those injustices.