In and Out of Some Stockport Pubs

The chairman of Stockport and South Manchester CAMRA John Clarke is putting together a list of pubs which have closed in the branch area since it was formed in 1974.

As part of the discussion around that, someone mentioned a book I hadn't heard of before, The Inns and Outs of Stockport Taverns by Coral Dranfield, so I got myself a copy of it.

Since the book's publication in 2011, quite a few of the historic pubs it lists have closed, including the Florist, Shaw Heath, the Flying Dutchman, Higher Hillgate, the Waterloo just off it, the George, Wellington Road North, and Winters, Little Underbank; one, the Pack Horse/Cocked Hat, has shut and then re-opened, whilst another, and possibly the oldest of them all, the Angel Inn on the Market Place, has recently reverted to being a pub, having shut as one in the early 50s.

Although I've been on guided walks and cellar tours around them, I didn't know that the Bakers Vaults and Boars Head on the Market Place once had, respectively, marines billetted with them or a pole in the bar where you could tie up your pig, or that the steps next to the Queen's Head on Little Underbank used to be closed one day a year to stop a public right of way being created there. I also didn't know that the Blossoms in Heaviley used to be called the Wellington Arms, or that the now closed Wellington Inn (also known as the Ups and Downs because the upper half was above the elevated Wellington Road South and the lower half beneath it, close to Mersey Square) was originally called the Wellington Bridge Inn to avoid confusion with the former.

Stockport's obsession with the  Anglo-Irish general and politician (I once worked for the civil service at Apsley House on Wellington Road North, next to Wellesley House, before transferring to Heron House on Wellington Street, just off Wellington Road South, and round the corner from the Waterloo) continues with the Wellington Free House, which opened last year a bit further up the A6. We once had a works Christmas do at the White Lion, also now closed, another contender for Stockport's oldest pub.

The civil service is to introduce a new question for job applicants, asking them whether they think that they come from a lower socio-economic background.

Of course the popular image of a civil servant is a bowler-hatted, rolled-up umbrella-wielding Sir Humphrey strolling along Whitehall with a copy of The Times under his arm, but in reality the term spans a huge spectrum, from the relatively small ranks of senior civil servants with their high pay and pensions to a far larger number of junior ones earning not much more than the minimum wage.

I worked in the administrative grades of the civil service for just over ten years, from the beginning of 1997 to the end of 2007, in what was first the Department of Social Security and then Department for Work and Pensions, and was also a trade union activist, briefly in the admin grade CPSA and then, following a merger with another union, the current, multigrade, union, PCS.

I'm not sure what I would have answered to the question, probably "No", but that's one of the problems with this idea: most people, whether they are rich or poor, think of themselves as average, because that is their and their friends' and family's experience, and because they wrongly estimate (poor people slightly underestimating and rich people wildly overestimating) what an average income actually is. There is also the problem of non-manual workers, some of them low-paid, seeing themselves as middle-class because they wrongly associate being working class with manual labour.

I'm also not sure what the civil service intends to do with the data. Two long-term studies, Whitehall I and II, have linked pay inequality and lack of job control in the civil service with a reduced life expectancy amongst lower-grade workers, and at the other end of the scale the Fast Stream graduate entry scheme continues to channel a disproportionate number of white, privately-educated men from elite universities into the top jobs rather than promoting people within departments. 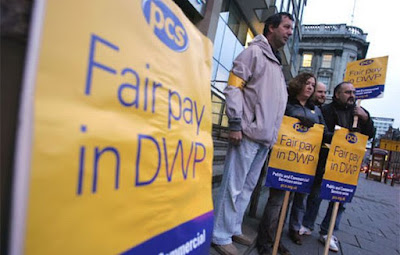 Last week's episode of the BBC Two series Inside the Factory saw presenter Gregg Wallace visit the ex-Bass brewery in Burton-on-Trent to see how Molson Coors make Carling, "the UK's most popular lager", there (there's also an interview with ex-Bass brewer Steve Wellington about Burton water at the adjacent brewing museum).

There weren't quite as many questionable historical facts as you might imagine from such a programme (apart from the myth about IPA needing to be stronger than other beers to survive the sea voyage to British India), but a few things that he was told while going round the brewery with one of the workers had me scratching my head.

They use hop pellets he was told because most of the actual hop flower is "waste". I'm pretty sure that pellets are used in large-scale commercial brewing for economic reasons, because they're easier to store and use, rather than any intrinsic value compared to whole hops.

He was also surprised, when weighing it out on a old-fashioned mechanical scales, at the amount of hops used: 21 kilograms for 190,000 pints, which I make to be 0.06 lbs per 288 pint barrel. I know British beer isn't as hoppy as it was in the nineteenth century, when a hopping rate of 2 to 3 lbs per barrel was the norm, or even in the second half of the twentieth century, when it was around a pound a barrel, but I think cask beer still contains about half a pound a barrel. Maybe modern hop varities have more bittering agents in them, or perhaps Carling hasn't got much of a hop profile...

The final scene saw the filtered, force-carbonated and pasteurised end product dispatched in palleted cans onto lorries for distribution, with a comment from a brewery worker that it has to go straight out after its short fermentation period because there are no storage facilities at the plant (the German word "lager" means "storage") and a reply from the presenter that, at twelve days from the malt arriving at the brewery to the finished beer leaving it, it just goes to show that some industrial processes still can't be rushed (German and Czech beers brewed using traditional contintental methods are lagered for between two and six months). 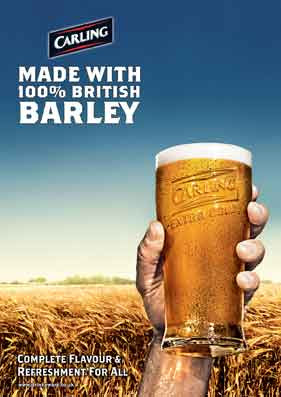