A Shropshire Gad About Seve(r)n Pubs

I've just got back from a couple of days in Shrewsbury.

I've been to Shrewsbury once before, eighteen years ago, but only went to a chain pub-restaurant on the outskirts of the town. This time, I got to seven pubs in the town itself, including the one where I stopped, a Wetherspoons which, unusually, isn't a former furniture shop, cinema, snooker or dance hall but an eighteenth century coaching inn, albeit thoroughly modernised inside to match the corporate style.

Just along the street is the Salopian Bar. I got the impression from reading about it online that it was a trendy place with sofas but popping in mid-afternoon for a pint of Oracle and a pork pie (both excellent) I found it pretty pubby with middle-aged men reading newspapers and watching cricket on TV.

Shrewbury is in a loop of the River Severn and has numerous timber-framed mediaeval buildings, several of them pubs. It reminded me a bit of the Franconian towns I've drunk in, Bamberg and Forchheim, and like them is small enough to walk round easily.

In the old town, I started at The Loggerheads, a multi-room pub with narrow, stone-flagged passageways and a wood-pannelled snug. It's a Marston's house so the choice of beer isn't that great but the pint of Pedigree I had was fine with a pronounced sulphury "Burton snatch" which reminded me of when I drank gallons of it as a student in Stoke in the early 90's. The nearby Three Fishes and Nag's Head are also multi-roomed pubs, albeit a bit more opened out and airy with lots of timberwork and in the latter's case a pleasant walled beer garden.

Back towards the main square are the Coach and Horses and Admiral Benbow. I'd read that the former is known for its food and the modern restaurant I spotted at the back when I popped to the gents suggested that but the front bar where I sat and the snug to the side give it the feel of a street corner local. The latter has a largeish beer garden, a modern, airy feel inside and an impressive choice of local ales.

Shrewsbury is quite easy to get to by train from the Stockport and South Manchester area, changing at Crewe or Wilmslow, with lots of crop fields, river meadows and level crossings to look at on the way. 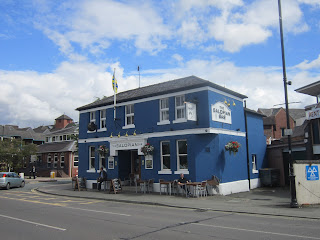 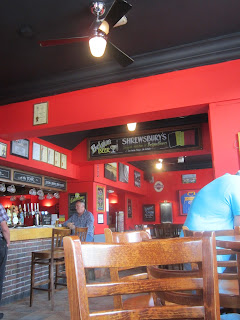 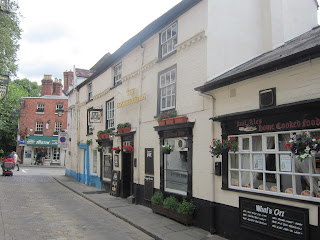 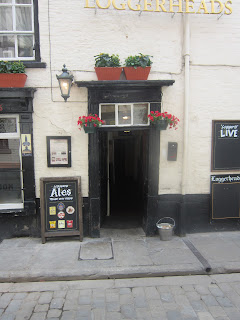 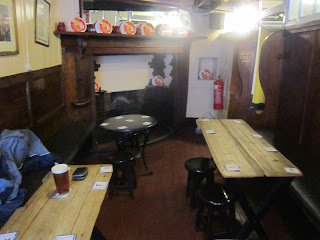 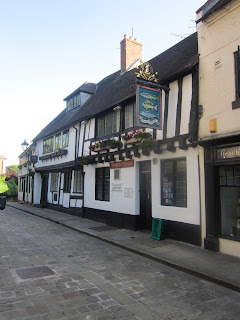 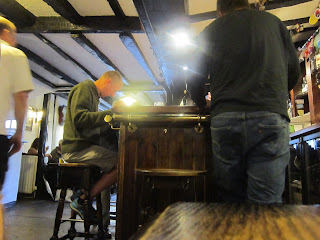 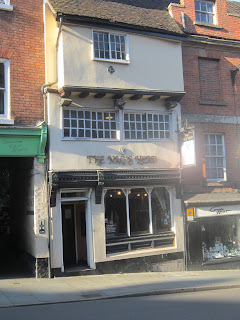 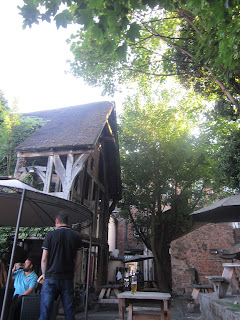 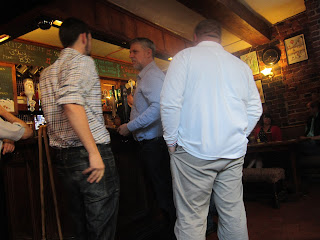 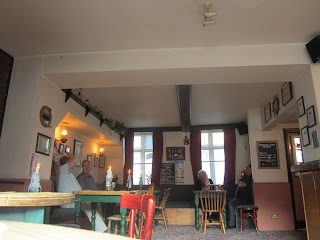 I've just finished reading Go Set A Watchman, the newly-published novel by Harper Lee (the name comes from the Book of Isiah in the Old Testament).

Like most teenagers in the 80's, I studied Harper Lee's To Kill A Mockingbird at secondary school. This book is written in a very different style and voice: Jean Louise "Scout" Finch is now a twenty-six year old woman rather than a ten year old girl and sees her father Atticus and the racism of the American South very differently when she returns to the small town of Maycomb, Alabama, from New York.

Go Set A Watchman reads like a sequel to the 1960 Pullitzer Prize-winning To Kill A Mockingbird but is actually an earlier first draft of it: it just shows, as other s have said, how important an editor can be, in this case advising Lee to expand the childhood flashbacks and tell the story through Scout's youthful eyes. 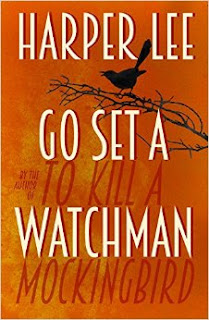