I went to London this weekend for the Rugby League World Cup semi-finals at Wembley and popped in Fuller's new pub at King's Cross for a couple of pints.

I liked the Parcel Yard and was particularly impressed by the period features in the Gents which overlooks the platforms of the railway station below. The pub has an impressive range of the brewery's draught beers, including cask London Pride, Chiswick Bitter, ESB, Discovery and Gale's HSB and Seafarers as well as keg London Porter. It's certainly several notches above the Wetherspoons/Yates-type pubs you get in most mainline railway stations. 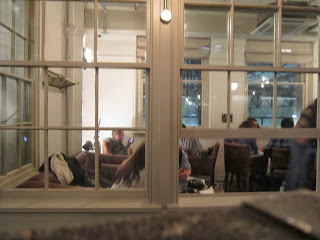 I've just got the Book of Pubmanship by Ronnie Corbett.

I'm not really a fan of Corbett's cabaret club-style light entertainment sketches or the golf club anecdotes and I probably wouldn't have bought the book if I hadn't read a copy at a mate's house and then spotted it second hand on Amazon for a penny.

The Book of Pubmanship was published in 1972 and sponsored by Imperial Tobacco (you read that right, a book about pubs sponsored by a tobacco company). The book deals with all the important questions: how to pick a pub, whose round is it and what to do about a hangover. Although Corbett is a spirits drinker, there's lots of interesting stuff about beer too: beer styles,  beer consumption between 1960 and 1970 and beer glasses. 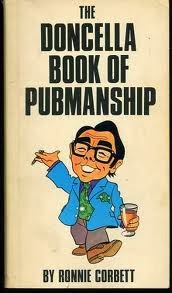