Rooms at the inn

I went along to the Church Inn in Cheadle Hulme on Thursday evening as my local CAMRA branch, Stockport and South Manchester, was presenting a Pub of the Month award there.

The Church Inn, apparently the second pub to be acquired by Stockport brewery Robinsons, is an early nineteenth century building which was originally two separate cottages. There's a wood-panelled bar with a real fire as you enter, a dining area extending to the rear of the building and a snug behind and served by the same bar, accessible by a corridor alongside it, which seems mainly to be used for TV sports viewing. Thus, although a smallish, food-led pub, it manages to accomodate the needs of drinkers, diners and those there to watch football on TV. There are also a few tables outside at the front, a covered smoking area with another large TV at the rear and a small beer garden beyond that. You can dine in the bar, and outside in the summer months too I suppose, and they also sometimes have live, mostly acoustic, music in there at the weekend.

That a multi-room pub format works so well shouldn't really surprise us: George Orwell in his famous essay The Moon Under Water describes such a place, and you can still see that differentation between rooms in pubs and beerhalls across much of Germany, especially in the Rhineland and Bavaria.

The contrast here, of course, is with large, open plan pubs which scatter a sea of reserved signs on their tables, at which the drinker is barely tolerated and only admitted on condition that they stand at a small bar in a corner, but even some large, food-led pubs manage to welcome the casual caller dropping in for a pint, Wetherspoons being a good example of a place where drinkers and diners mix happily and where, unless it's for a large party of a special event, table reservations are neither generally accepted nor thought necessary to make by customers. 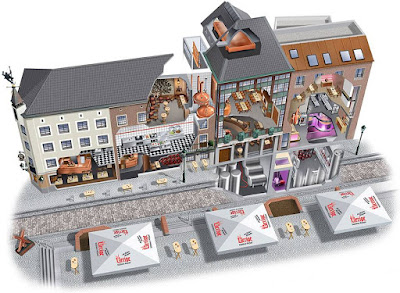 Anyone who had a Hart

On becoming City manager last year, Guardiola effectively dispensed with the club's first-choice keeper for most of the last decade, Joe Hart - sending him out on loan to Torino last season and to West Ham ahead of this - and signed Claudio Bravo from Barcelona.

Bravo ultimately came up short in the shot-stopping department and now looks likely to be sold, but when he was bought Guardiola saw him as a "sweeper-keeper" who could tackle opposing teams' forwards - effectively an extra centre-back - and intitiate attacks with long passes to his own.

The "sweeper-keeper" role was invented in contintental Europe in the 1950's before becoming popular in South America, but has often been seen as a somewhat risky tactic here. Jonathan Wilson in his book The Outsider: A History of the Goalkeeper says of the 1953 match at Wembley in which Hungary beat England 6-3, "[Hungarian goalkeeper] Grosics charged out to the edge of the box and, with impeccable timing, volleyed the ball clear. 'Unorthordox but effective,' said an uncertain Kenneth Wolstenhome in commentary, seemingly not quite sure whether he should approve of this sort of thing."

I guess Guardiola sees Reina both as an experienced back-up keeper for the young Brazilian no. 1 Ederson and as someone who can play as a "sweeper-keeper" and stop a shot. 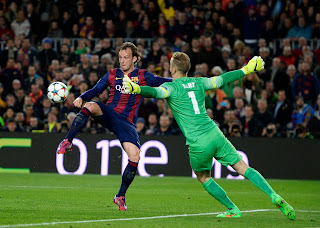 En route to a rugby league match in Wakefield last night, I popped into Woodfest, a beer festival organised by the Society for the Preservation of Beers from the Wood at the Junction Inn, Castleford, which champions beer from wooden rather than metal casks to the extent that they supply them to breweries to put their products into as well as serving Old Brewery Bitter from the best-known suppliers of cask beer in wood, Yorkshire's most traditionalist family brewers Samuel Smith.

Formed in 1963, the SPBW pre-dates Britain's leading beer drinkers' organisation CAMRA by almost a decade and has always been more of a social rather than a campaigning group, although CAMRA itself is I suppose moving in that direction too now. The event was held in a marquee behind the pub and the premises of a refurbished, but from I could see still closed, and certainly unsigned, pub next door to it, the Horse and Jockey. CAMRA stalwart, and former Trotskyist, Roger Protz was also there, making notes for the speech he was to give later, although I had to leave before he spoke.

I hadn't drunk any of the beers I had last night before so it's hard to say what they're like in metal rather than wooden casks, but the latter did seem to have added a bit of Victorian-style funkiness to them, especially Beer Nouveau's Barclay Perkins X Ale, a recreation of a 1852 8.9% mild served from a small barrel on the bar, and Castleford Special, a similarly historic London porter supplied by Buckinghamshire's Baby Animal brewery. 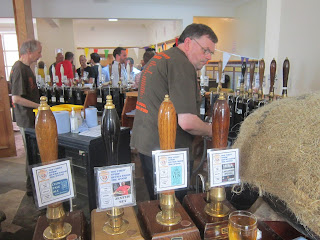 I've just spent a few days in London for a mate's fiftieth birthday.

I've got one word of advice for fellow Northern beer-hounds heading for the capital: Wetherspoon's.

The pub chain is your best bet for well-kept and conditioned cask beer at the reasonable prices those of us from north of the Trent are used to paying, especially if, like me, you had CAMRA vouchers to use up by the end of the month. Indeed, in the suburb of west London where I was stopping, it was the only pub selling cask beer.

I'm not sure I've drunk beer from Sambrook's Brewery in Battersea before, but the couple of pints of their Powerhouse Porter and (after that ran out) their Junction bitter were easily the best, and certainly cheapest, I found in the metropolis.

I also got to drink in the pub in Clerkenwell where Lenin drank when editing the Russian socialist newpaper Iskra nearby in 1903, and where he later allegedly first met Stalin. Although the building looks pretty much the same as it might have done then, the clientele has changed somewhat. 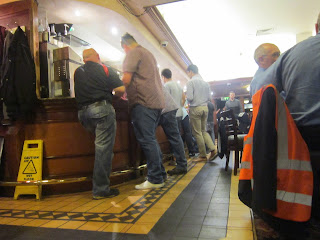