Encrypted in the Cathedral

I went to Liverpool yesterday to meet one of my mates who now lives in Ormskirk and a couple of fellow CAMRA members from Stockport at a beer festival in the crypt of the city's Metropolitan Cathedral.

I'm not really a fan of the modernist, in the round sixties-built cathedral, nicknamed Paddy's Wigwam or the Mersey Funnel by locals, and find the crypt, which was completed in the fifties - and where my Dad went to and served Mass as a student at the nearby university in the early sixties - more architecturally impressive, with its brown brickwork and barrelled roof beneath the aluminium and glass structure above.

The festival had a War of the Roses theme with most breweries from Lancashire and Yorkshire, but I went mostly for beers from outside those two counties, including ones not often seen north of the Trent, like Westerham from Kent, and old favourites Hawkshead and Titanic.

After the festival finished, we went to two contrasting pubs: the university-owned Augustus John which has a functional seventies feel reminiscent of the student union bars I used to drink in thirty years ago, and most of whose customers could now just about be my grandchildren, and the Dispensary, with its brown wood interior and other classic Victorian/Edwardian features including frosted lamps and etched smoked-glass windows. 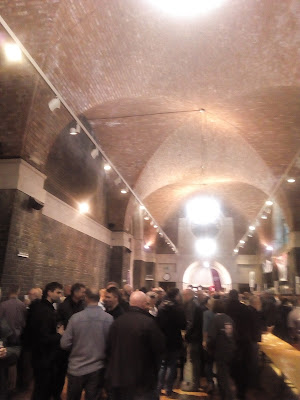 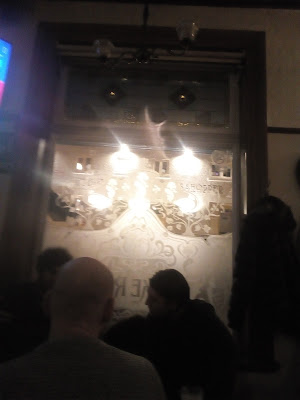