A Trip Back in Time with Trumans

It being the Fifth Round of the FA Cup this weekend, the BBC showed a programme yesterday with highlights from this stage of the competition in the past.

One of the matches featured (at 42 minutes) is a tie between Wimbledon and Everton at Plough Lane in 1987. There are lots of things that will look odd to younger viewers: fans massed on standing terraces behind the goals and in paddocks in front of the stands; players in unnamed shirts numbered 1-11; floodlight pylons at the corners of the ground; passing back to the goalkeeper, and advertising hoardings for long-gone entities, such as Girobank, Danair and, on the half-way line in front of the Main Stand, one for "Trumans - London Brewers Since 1666".

Trumans - then part of the GrandMet conglomerate which had taken it over in 1971 and merged it with Watney Mann the following year - closed its brewery in Brick Lane, East London, in 1989. The 1983 Good Beer Guide describes their bitter, best bitter and mild as "full-flavoured", "distinctive" and tasty" and the 1990 one records their transfer to the, also now defunct, Ushers brewery in Wiltshire. I've never seen, let alone drunk, them so have no idea what they were like; I suspect they still exist among the unbrewed beers of some corporate portfolio. 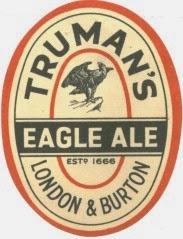 Protests have been raised in the North East at the news that Heineken is changing the recipe of Newcastle Brown Ale.

Heineken, which bought the Scottish and Newcastle brewery in 2008, says substituting roasted malt for the caramel now used to colour the beer on health grounds won't affect the taste.

I haven't drunk Newcastle Brown for a while but I don't remember it having that distinctive a taste to start with, especially when served cold. A delicate wineyness and a slight nuttiness maybe (I know "nut brown ale" is poetic but I can still detect it: maybe it's psychological suggestion). The name is a bit of a misnomer too: unlike Belgian brown ales or the brown lagers you get in Germany, it's not much browner than a lot of bitters and hasn't been brewed in Newcastle since 2005. I doubt tweaking the recipe will have much effect on the taste, or sales.

I went to a pizzeria in Chicago about a decade ago and amazed the barman serving Newcastle Brown Ale by telling him it came from Newcastle in England, not the one in Canada as he'd always assumed and told his customers. I like to think he now quotes me as an authority when telling them of its true origin. 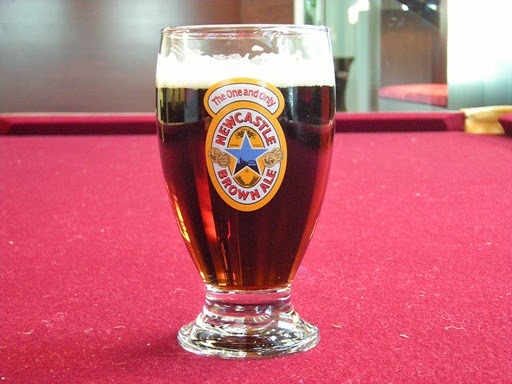 Was everything rubbish in the past?

The repetition of myths about India Pale Ale is pretty much to be expected and is rightly challenged in the below the line comments but the thing that really struck me - and is also challenged by one of the commenters - is the idea that decent cask beer has only become widespread in the last decade.

Maybe, as the writer claims, parts of London were a beer desert until then but in Manchester where I cut my drinking teeth as a teenager in the late 80's there's always been plenty of decent cask beer, mainly from local breweries Holt's, Hydes and Robinson's, and when I went to Stoke as a student in the early 90's pretty much every street corner had a pub on it selling cask, most of it, unsurprisingly, from Staffordshire breweries Banks's, Bass and Marston's. I can remember drinking well-kept cask beer in London back then too.

There's a word for this that I'm struggling to remember. You could call it new-ism: the idea that things are better now than they ever have been. The opening of new breweries and specialist beer bars and rediscovery of beer styles in the last few years is something to be celebrated, but not at the expense of claiming that the beer and pubs of the past were uniformly rubbish.