In 1918, my four year old grandmother and her older sister, who were born and grew up in Wigan, lost both their parents within a week. They were killed by the so-called "Spanish flu" pandemic which spread across the globe towards the end of the First World War, taking the lives of up to fifty million people.

My great grandfather was a colliery blacksmith (I've got the badge he wore in WWI with the words "On War Service" on it, to avoid being beaten up in the street by people who would otherwise think that he should be in the Army), so wasn't in the trenches or military camps where the outbreak seems to have first taken hold, but no doubt would still have been weakened by long hours at work and food shortages.

My grandmother and her sister were taken in by their uncle and auntie who ran a pub in the town, the Colliers Arms on Frog Lane (now Mr Wang's Chinese restaurant). None of my Wigan relatives could ever work out how Uncle Jack, who started out as a cotton worker, managed to get the money together to acquire the tenancy of a large, and apparently very profitable, pub from Threlfall's Brewery (family legend has it that in the twenties he was the first man in Wigan to own a radio). When he died in the the early thirties, he left a couple of thousand pounds in his will, then a pretty large sum, especially in a Lancashire mill and mining town in the midst of a worldwide economic depression, and his widow bought a small sweet shop near Central Park rugby league ground, where my grandmother worked as an assistant. After her auntie died in the mid thirties, she got in touch with the brewery to ask about a job as a barmaid, and was sent to the Gorse Hill Hotel in Stretford, where she met my grandfather, who was a toolmaker at the Metropolitan Vickers engineering factory in Trafford Park and used to pop in there for a drink after work.

I've drunk in both pubs, the former in the early nineties on a trip back to her home town with my grandmother, who told the then landlady about the original layout of the pub and how the back room we were sitting in had been the family's kitchen when she lived there in the twenties. The Gorse Hill, where she worked until 1938, when she got married and moved with my grandfather to a council house on the Wythenshawe estate in south Manchester, has had a bumpy few years, but reopened in 2019 and was a popular stopping off place before and after matches at the nearby Old Trafford football and cricket grounds.

I last went to my local a fortnight ago, to watch the Manchester Derby, and have been social distancing since. I don't know when I'll next be able to go to a pub, or how many of them will survive being shut for the next few months because of the coronavirus pandemic. 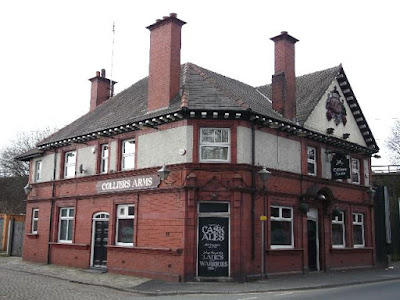 Beer in the Millennium Year

A post about Boddingtons Strong Ale on Ron Pattinson's blog Shut Up About Barclay Perkins the other day had me looking through my collection of Good Beer Guides, and noticing a gap - the first one I've got is from 1976, then the ones published in 1983 and 1990, but after that nothing until the 2011 edition, so I put that right by buying a cheap secondhand copy of the 2001 one online. So how do pubs in the Manchester area compare now to back then in the first year of this millennium nearly twenty years on?

Of the pubs in Manchester city centre, most are still there - the Britons Protection, Castle, Circus, City Arms, Grey Horse, Hare and Hounds, Jolly Angler and Old Monkey - but further out a few cask outlets in the 2001 GBG have gone, including the Sir Edwin Chadwick, a Wetherspoons in Longsight ("Comfy chairs near the door are appreciated by older customers") that I can't say I remember, and which was apparently quite short-lived, and the Albert in Rusholme, a genuine rather than plastic Irish pub, with an Irish landlord and regulars, which I drank in quite a bit at the time and which served a decent pint of Hydes bitter, from their then brewery not far away in Moss Side (round which it occasionally organised tours). It went downhill after Manchester City moved from nearby Maine Road to the City of Manchester Stadium in east Manchester in 2003 and the landlord retired to Australia, and became keg-only, but seems to have regained its popularity since.

In Stockport, the Armoury, Blossoms, Red Bull and Swan With Two Necks are thankfully still with us, but a couple of pubs that I never made it to, Robinson's brewery tap the Spread Eagle on Lower Hillgate and the Olde Woolpack near the Pyramid office building, have shut (the latter only fairly recently), as has the Tiviot which I drank in once or twice in its final days, when it had steel poles supporting the roof ahead of the long-serving licensees retiring from the trade. 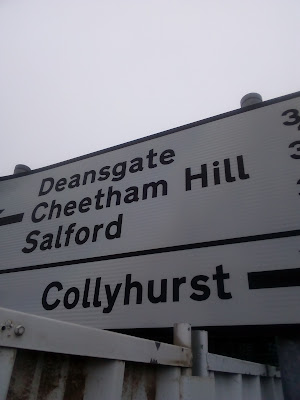