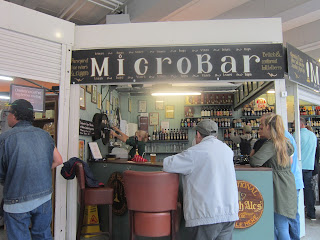 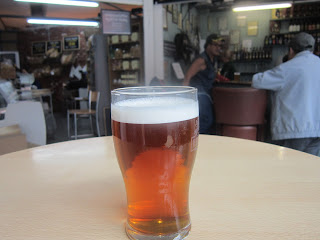 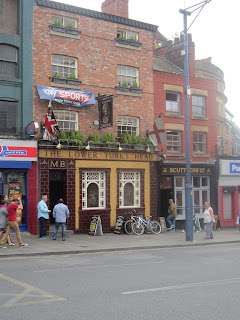 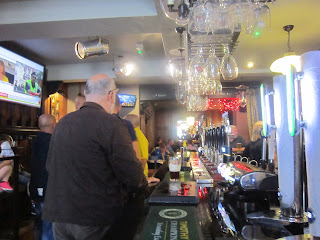 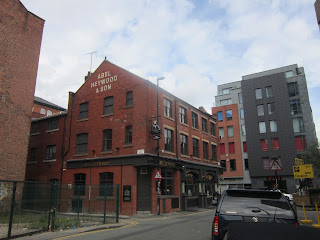 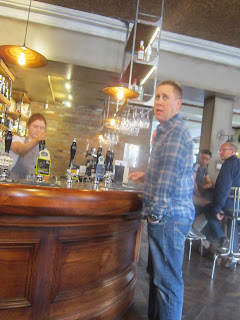 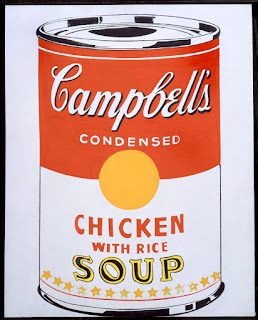 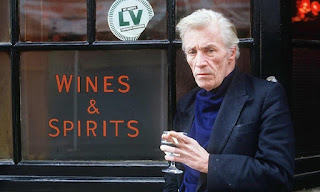 I picked up a bottle of this after seeing a label for it posted by Ron at Shut Up About Barclay Perkins.

Drinking mostly in Stockport and South Manchester, I rarely go to pubs owned by J.W. Lees, a family-run brewery in Middleton just north-east of Manchester whose tied estate extends across Rochdale, Oldham and Bury. The only one I've drunk in at all regularly, and even then not for a while, is the Rain Bar, their flagship pub on the banks of the Rochdale Canal in Manchester city centre. Unlike some, I quite like the biscuity malt taste in their draught bitter, mild, golden and strong ales.

According to the back of the bottle, Manchester Star Ale is brewed in collaboration with the Brooklyn Brewery in New York to a recipe from 1884. At 7.3%, it's a strong ale now, although I'd be interested to know what it was called then. I suspect it might have been one in a range of milds, and maybe not even the strongest.

Brown-black in colour, it's very smooth and has a fruitiness that reminded me a bit of Belgian Trappist beers. It's the kind of bottled beer which would attract me to a pub that doesn't sell cask beer and one which I'll be looking out for in the future. 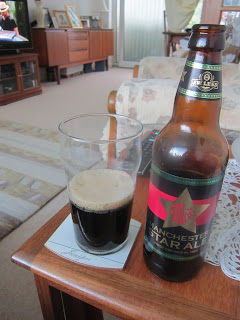