Rumours are circulating yet again of a new centre party that is about to be launched and will reshape British politics.

British political parties have always been broad coalitions, with people in them who could easily be in other parties, and would be except for some quirk of geography or their personal history. The first past the post electoral system forces politicians without much, if anything, in common into the same parties because, whilst it works in a two-party system,  it doesn't in one with three or more parties, hence those which get millions of votes at General Elections, but evenly distributed across all constituencies rather than concentrated in a few hundred (the Lib Dems, Greens, UKIP), ending up with little or no parliamentary representation.

There are now three broad camps in British politics:

2. Socially liberal, pro-EU, generally pro-free market economics ( the Lib Dems, the right-wing of the Labour Party, the left-wing of the Conservative Party);

So where would a new centre party draw its support from? The Lib Dems seem to be the main players in the project, with between a dozen and twenty right-wing Labour MP's also rumoured to be ready to join it. I can't see many, if any, pro-EU Tory MP's joining up given that they have far more influence in their own party, if they choose to stand up to the leadership. Some of the more maverick Labour MP's who oppose Jeremy Corbyn's leadership of the party (Frank Field, John Mann, Kate Hoey) are also anti-EU, as well as having conservative views on other issues that already don't fit well in a mostly socially liberal party, and would do so even less in a new one.

I really can't see a new centre party becoming a reality, and if it did having any chance of taking off with the electorate. As well as the problem of the electoral system - and, at constituency level, simply splitting the left of centre vote to the benefit of the right - there's also the question of establishing brand loyalty/recognition, with all three major British political parties having stood for election under pretty much the same name since the early twentieth century.

We have of course been here before. The example of the Social Democratic Party in the early 80s, formed by twenty-eight right-wing Labour MP's and one Conservative with masses of publicity, an intial surge of support and some notable by-election victories, which later found itself forced to ally and then merge with the Liberals, is instructive here, and will no doubt be on the minds of those tempted to go down the same path.

"The efficiency of the tank system caused beer sales to increase and was more than beneficial to the transport department. With a cask wagon there were three men on board to manhandle the beer. With a beer tanker two men are needed. The drayman's work is so much easier that it has led to a noticeable reduction in staff-turnover at the Federation Brewery since tanks were introduced. The innovation also helped to speed up the disappearance of cellars, for centuries one of the main characteristics of any British public house. Modern refrigeration has enabled cold-rooms to be used for beer storage. The only point of digging a hole in the ground was to achieve lower temperatures. The Federation has long had the policy that beer should be kept and sold under temperature-controlled conditions, arguing that as beer is produced under controlled temperature if it is to reach the club members in a perfect state it must be stored at the club in the same way and not allowed to stand in cellars where the temperature fluctuates because of lack of adequate refrigeration." 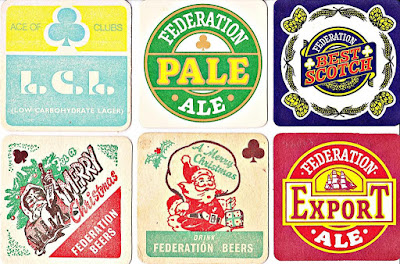