King of the Belgians

I've just got back from Belgium, the first time I've been to the smallest of the world's great beer countries.

The main reason for the trip was to see the grave of my great uncle, who was killed fighting with the British Expeditionary Force just south of Brussels in 1940, but I also managed to get round a few bars and cafes.

One thing that struck me was the availability and choice of decent beer, in cafes in small towns and railway station bars. I also began to understand why the Belgians attach such importance to serving each beer in its own glass and pouring it in the correct manner.

Brussels has one of the most walkable city centres I've been to: all the bars and cafes I went to were no more than five minutes from the Grand Place.

I'd heard lots of negative things about Delirium before I went – touristy, expensive, slow, rude and uninformed staff, full of students drinking industrial lager – and intended to just pop in for one beer and move on; in the end, I spent several hours there enjoying beers from its massive range of Belgian bottles.

At between three and four euros a bottle, the beer is actually pretty cheap. The staff were friendly and happy to help those unsure what they wanted to drink. Most of the customers were in their twenties, many fellow travellers chatting to each. It made for a lively, fun atmosphere I thought. 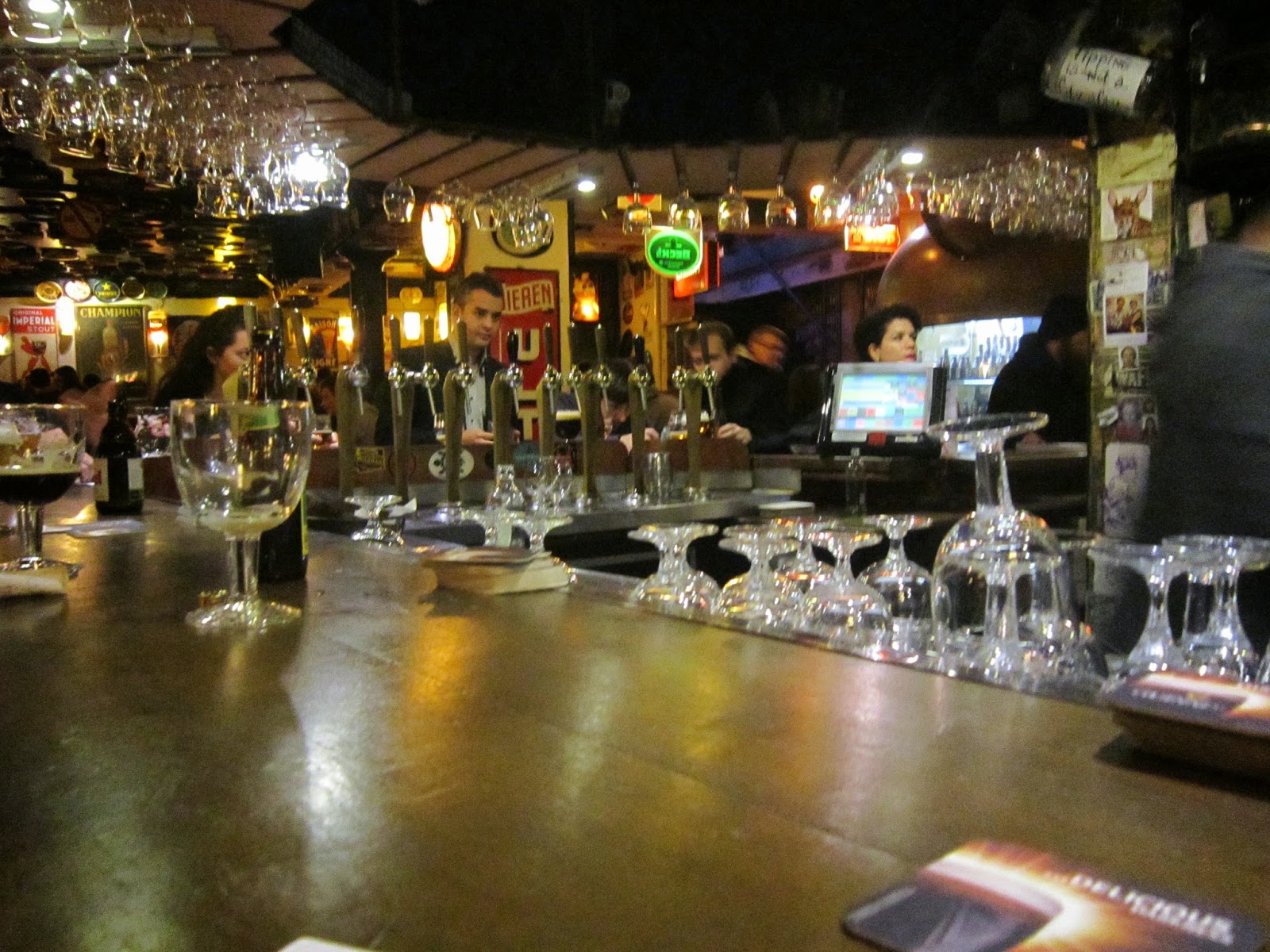 In contrast to Delirium, I'd heard lots of positive things about Poechenellekelder. The Tripel Karmaliet I had was fine, expertly poured in the right glass, but I found the atmosphere just a bit too touristy: the Mannekin Pis is just across the street, giving them a ready made clientele of international snappers which is reflected in the slightly higher prices. I can't say the kitschy interior bedecked with puppets did it for me either, 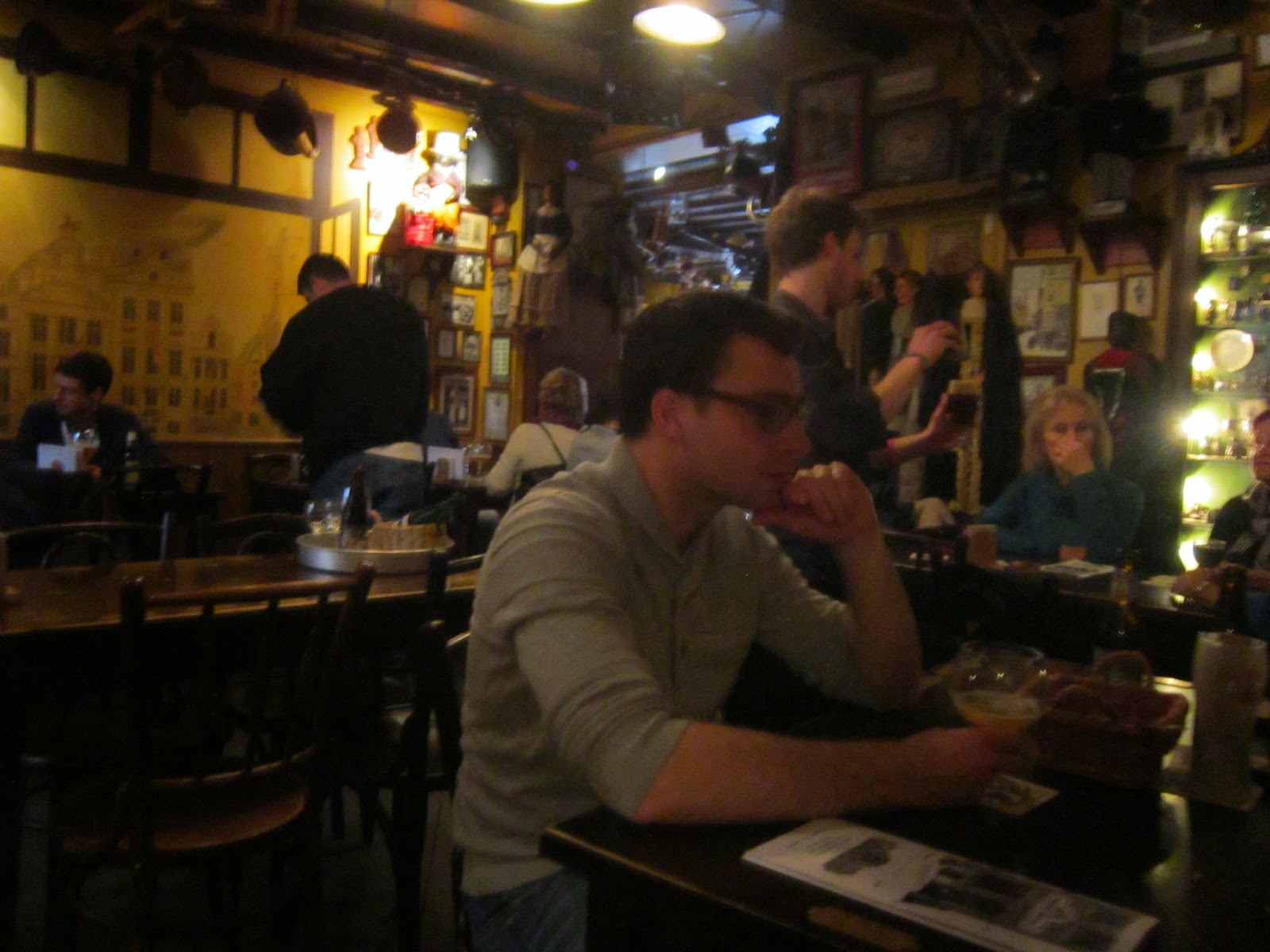 In the CAMRA guide to Belgian beer, the authors claim that only a few people take to lambic beer straight away, some never do and for most it's very much an acquired taste. I thought about that as I sipped glasses of Timmermans Doux Lambic poured from a stone jug in A La Bécasse: appley and sharp, it's a refeshing drink which you probably wouldn't identify as beer if you didn't know what it was.

I liked the interior of this place: cosy and decorated with historic beer adverts, its bare wooden tables and panelled walls reminded me of a German pub somehow. Luckily I left just as a busload of tourists arrived with an energetic guide giving them a rather loud lecture on Belgian beer. 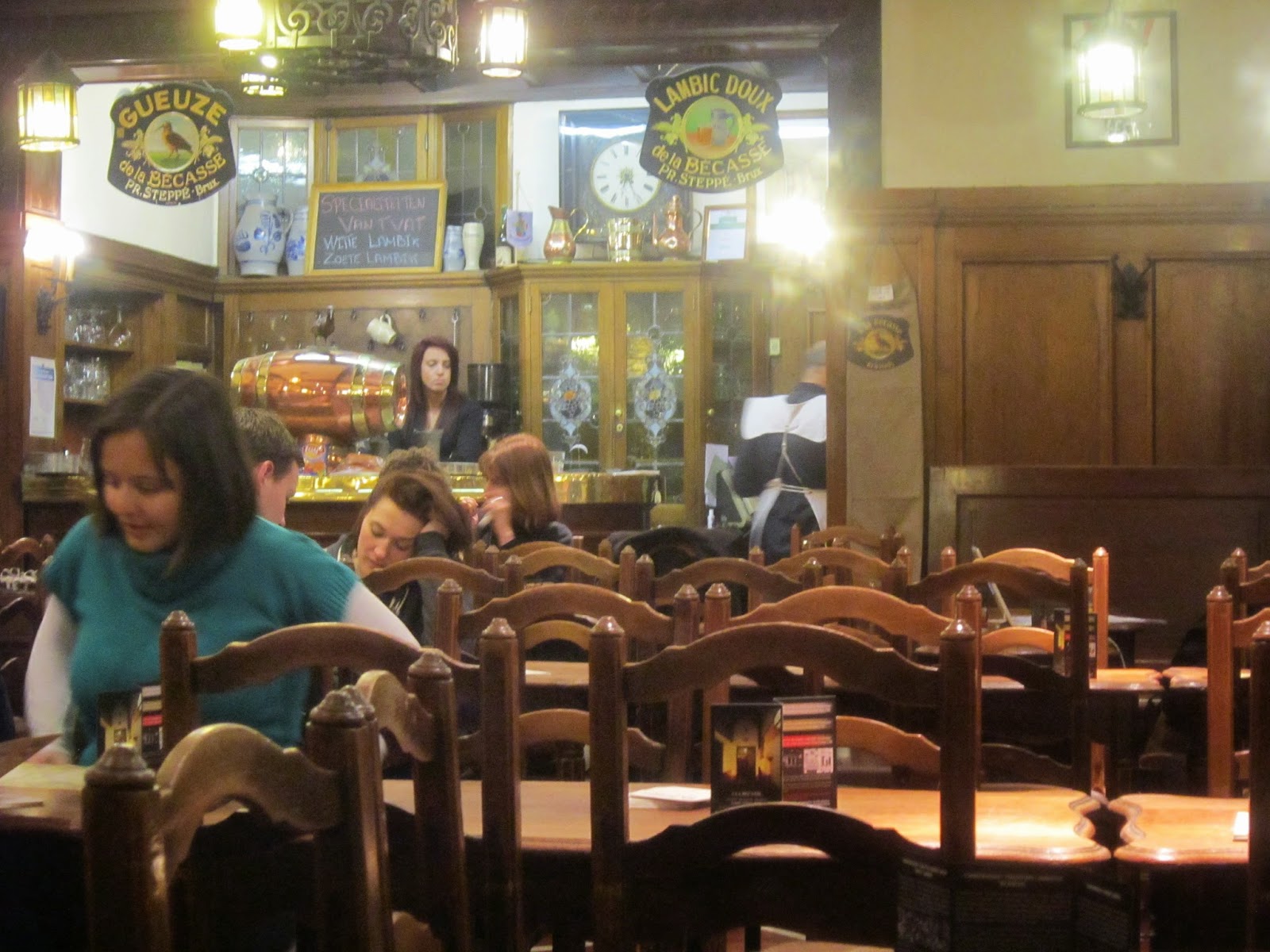 This is the classic Bruxellois cafe, pretty much unchanged since it opened in the late twenties. I had the house beer, Mort Subite Kriek, and was impressed by the contrast between the sharp sourness of this spontaneously-fermented lambic and the tartness of the kriek cherries used to flavour it. 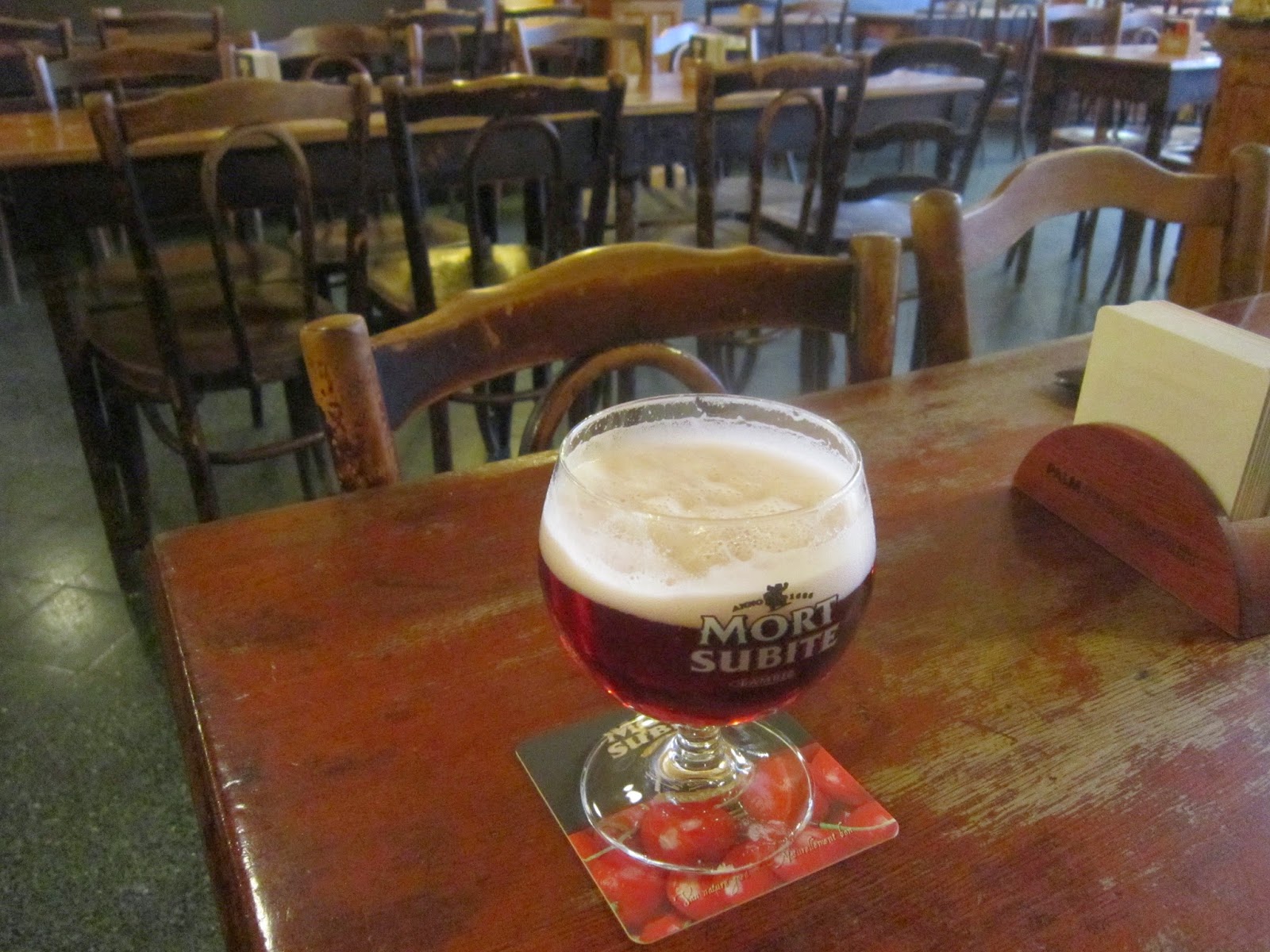 On the plane back from Brussels, I was amused to read in a Belgian newspaper a quote from fellow Mancunian Noel Gallagher that he hates days off in the city as it's always raining and there's nothing to do!
Posted by Matt at 08:23 1 comment: 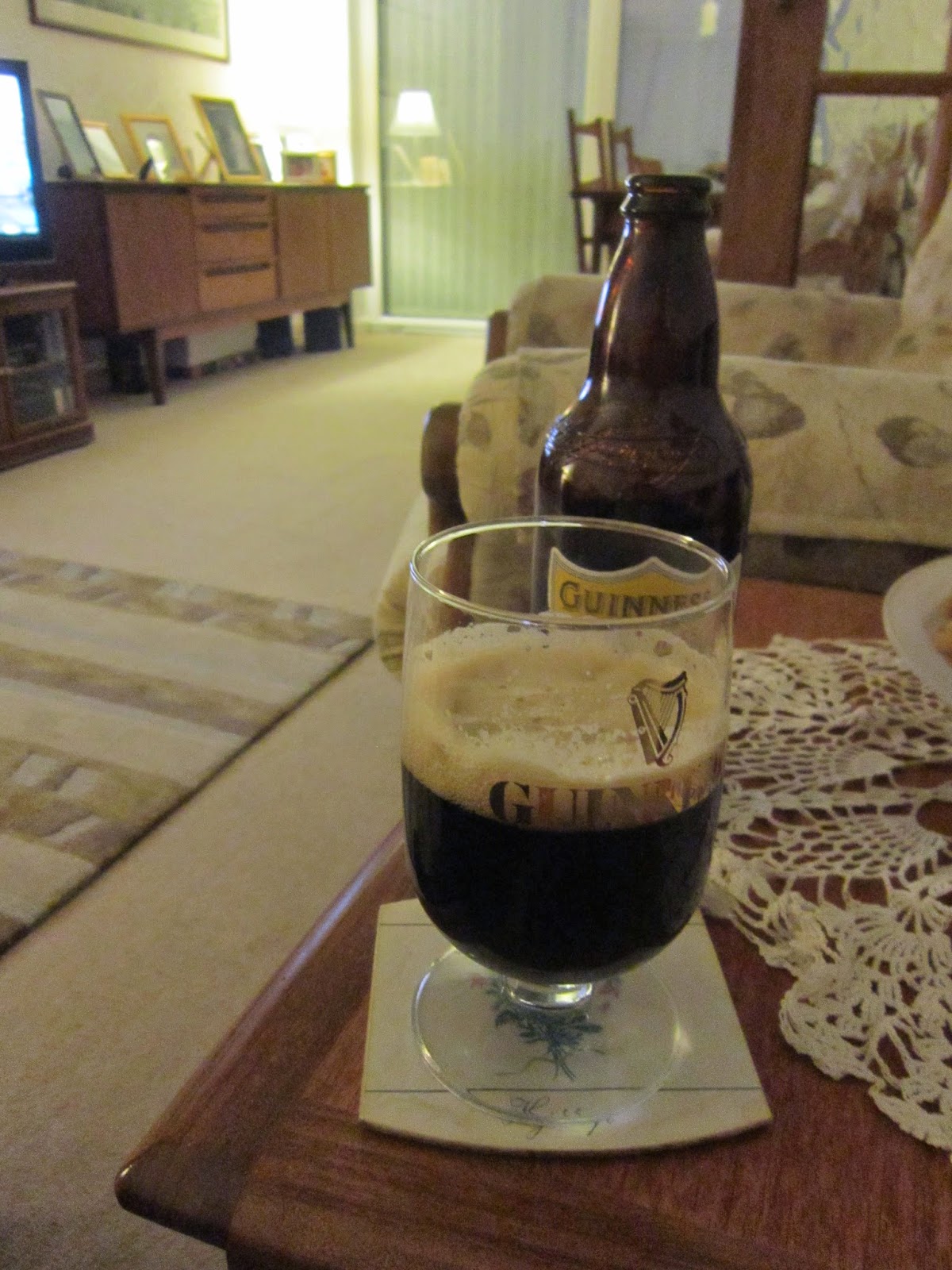