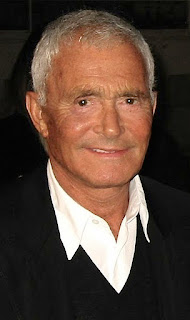 I listened to today's episode of  Desert Island Discs not just to see which eight tracks celebrity hairdresser Vidal Sassoon had chosen but also to hear more about his anti-fascist activity.

As a seventeen year old, Sassoon was a member of the 43 Group, the organisation of Jewish ex-servicemen who in the mid to late 1940's broke up fascist street meetings in the East End of London. This inspiring example of militant working-class anti-fascism deserves to be more widely known.  You can read about it here.
Posted by Matt at 14:16

Email ThisBlogThis!Share to TwitterShare to FacebookShare to Pinterest
Labels: anti-fascism