This week saw the launch in St Louis of Bitter Brew, an account of the rise and fall of the Anheuser-Busch brewing dynasty in the city by William Knoedelseder (great name: "Knoedel" is German for "dumpling").

The takeover of Anheuser-Busch in 2008 by the Belgian brewer InBev, makers of Stella among other global brands, may have prompted jokes along the lines of "whatever they brew, it's got to be better than Budweiser" but in the US Midwest it led to 1,400 job losses and a blow to civic and national pride.

I've drunk Budweiser in the US when there was nothing else. It doesn't really taste of anything much, especially when chilled (it's also brewed with rice for a "lighter taste"). Since the takeover, Budweiser has started brewing an American Ale and a wheat beer, both of which I'd like to try. Blue Moon from fellow global brewers Molson Coors which I have drunk is a good stab at a Belgian wheat beer.

When I went on holiday to Chicago in 2004, I didn't realise that the Chicago River runs out of rather than into Lake Michigan (the flow was reversed in 1900 by a system of locks to stop industrial effluent polluting the shoreline). We went on an architectural boat trip along the river and the guide pointed this out, adding that "Now we send all our dirty water down the Mississippi to St Louis". She said that a few weeks back a guy from St Louis had shouted back "Yes, and we send it back to you as Budweiser!" 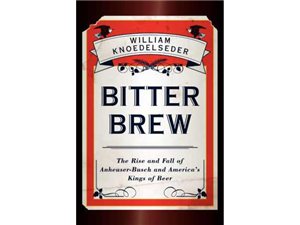