I went to a CAMRA meeting in Stockport last night.

I hadn't been in the pub where it was held since I worked just down the road for a couple of years in the late 90's and was pleasantly surprised at how a decent, run-of-the-mill Robinson's house has been turned into a potential Good Beer Guide entry. The owners of two new breweries in Stockport and South Manchester, Privateer in Ardwick and Ringway in Reddish, were also there to talk about their beers. I especially liked Ringway Session which combines a copper colour from the crystal malt with a citrusy flavour from the Cascade hops that you normally only get in paler bitters.

In the twenty-five years or so I've been drinking in Manchester, I've seen Boddingtons brewery at Strangeways pulled down and iconic beers from the former Chesters and Wilsons breweries disappear. Manchester is better off than than most British cities with the area still having four big breweries (Holt's, Hydes, Lees and Robinsons) and has avoided the fate of places like Birmingham, Liverpool and Nottingham which have seen all their traditional breweries close. The appearance of new breweries in the Manchester area not only offers more choice to drinkers but should also help to keep the bigger local brewers on their toes. 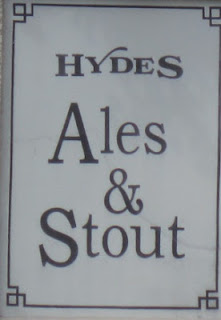