Last week, Margaret Hodge, chair of the House of Commons Public Accounts Committee, described Amazon, Google and Starbucks as "immoral" for chanelling their profits to low or no tax countries via spurious licensing fees, allowing them to claim that they make a loss here year in year out.

Cable and Hodge are and have been members of governments that have overlooked and even encouraged this activity, hailing chief executives as "wealth creators" while cutting the number of tax inspectors. They even subsidide these companies with public money by topping up their low-paid workers' wages with tax credits. Looked at from the perspective of the companies themselves, you've got to ask why they would voluntarily pay tax when politicians don't expect them to and the Revenue isn't chasing them for it, preferring to enter into agreements with them about how much they can fiddle. Morally, they are no different to the poacher told by the estate manager that he's laid off the gamekeeper and he can help himself to the grouse as long as he doesn't overdo it.

The idea that if these companies paid tax  the government wouldn't have to cut public services - and protests organised against them on that basis by UK Uncut - is also off-beam. That the government's drive to cut and privatise public services is an ideological one rather than forced on them by a lack of money is underlined by their intention to spend £20 billion replacing the Trident nuclear missile system over the next decade. 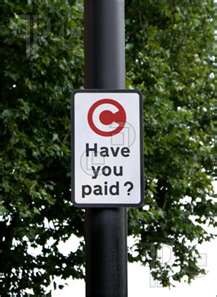