Guinness is good but FES is better 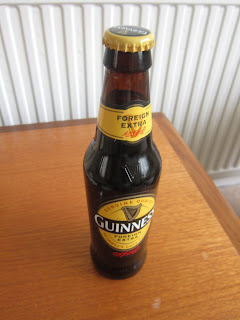 I've drunk Guinness pretty much as long as I've gone to pubs. I've drunk draught Guinness in keg-only pubs and bottled Guinness in ones that served cask beer when it was still bottle conditioned. But I had another type of Guinness for the first time the other day, Foreign Extra Stout.

I've never seen FES in a pub or off-licence but it is sold by most supermarkets. It's a cut above Guinness Original/Extra Stout in a number of ways. For one thing, at 7.5% abv it's a lot stronger than the 4.2% draught, bottled and canned Guinness. And the taste is completely different.

FES reminds me in some ways of a dark strong Belgian Trappist beer. It's got some plummy fruitiness and a warming alcoholic punch to it as well as a little bit of smokiness I thought. You can also pick up the vinous character that is the result of blending fresh and vatted stout. If I hadn't known it was filtered and pasteurised, I'd have been quite prepared to believe that it was bottle conditioned. 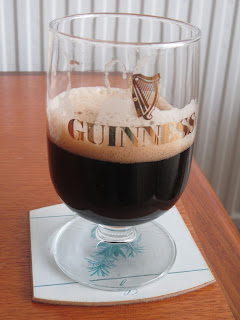