Today is European Day of Languages, an annual event organised by the Council of Europe to promote "the importance of language learning" and celebrate "the rich linguistic and cultural diversity of Europe".

I can speak fairly decent French and German. Although I studied them both to A Level, up until a couple of years ago I'd have said that I hadn't remembered much of either from my school days twenty-five years ago. When I first went to Germany though I was pleasantly surprised how much came back to me and how much my spoken German improved after a few days there. I hope the same's true of my French, a theory I'm intending to test by going to Brussels and Walloon Brabant next summer.

What does this say then about language teaching in schools? Having studied theories of language acquisition on a Teaching English as a Foreign Language course in the mid-90's, I think it confirms the idea put forward by Stephen Krashen that the key to learning a language is "comprehensible input" (i.e. lots of exposure to spoken language) and specifically "i+1", that is language that is just beyond the level the learner has reached.

I know from my younger relatives that they spend far more time speaking and listening in language lessons at school than I ever did and while learning vocabulary and grammar does give you a grounding in a language, copying stuff off the blackboard isn't the most effective way of doing it. 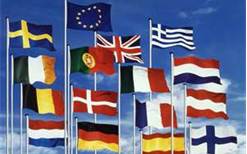