Ahead of the start of Labour Party conference in Manchester this weekend, Shadow Chancellor Ed Balls has argued that an incoming Labour government would need to radically cut public spending.

According to Balls, "The public want to know that we are going to be ruthless and disciplined in how we go about public spending. For a Labour government in 2015, it is quite right, and I think the public would expect this, to have a proper zero-based spending review where we say we have to justify every penny and make sure we are spending in the right way."

To help Ed out, here's a list of things he could do to cut a few billion from public spending in his first Budget:

1. reverse privatisation in the NHS and education and on the railways, ending the flow of public money to private sector bosses.

2. cancel the replacement of Trident.

Now that would be radical. 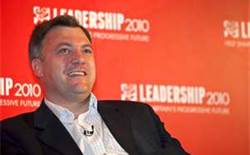