Two of the sports I follow, baseball and rugby league, are approaching postseason playoffs that will determine which teams contest the World Series and Super League Grand Final respectively.

Playoffs are nothing new in either baseball or rugby league, having been used for over a hundred years in both to determine the champion club, but each of their postseasons has become more and more complicated over the years.

For most of the twentieth century, the baseball postseason consisted of a World Series between the winners of the American and the National League. Now ten teams qualify (the three divisional winners and best two runners up, known as "wildcards", in each league). My ideal would be what existed in the 70's and 80's: two divisions in each league with a league championship series to determine who goes on to the World Series. And definitely no interleague play during the season which takes much of the shine off the postseason for me.

I'd explain the rugby league postseason but a) I'm going out in a couple of hours and b) I don't really understand it beyond the fact that the top eight teams in the Super League qualify. Elimination playoffs, qualifying playoffs, "clubcalls" (allowing teams to pick their next opponent), it's far too complicated and should be replaced with the original RFL Championship format where the first and fourth-placed teams in the league played in one semi-final and the second and third-placed teams in the other with the winners meeting in the final. 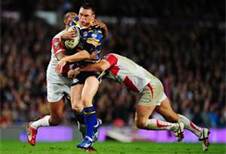 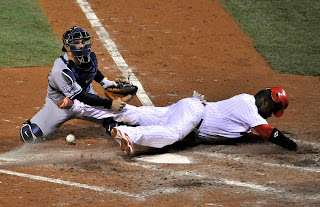