I've been interested in the Vikings since childhood and it seems the presenter of the series Neil Oliver shares my fascination given his boyish enthusiasm for the subject which reminds me a bit of my favourite TV history presenter Michael Wood.

The first episode is a pre-history of Scandinavia, looking at the culture the Vikings came from. I'm looking forward to future episodes about the Vikings' travels to Normandy, Russia, the Byzantine Empire, Iceland, Greenland and ultimately Newfoundland where they established the first European settlement in North America. 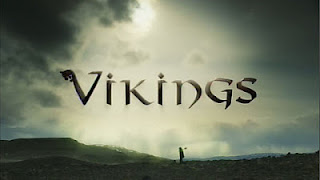