I was amused to read this morning that a Kent vineyard has won an international award...for its beer.

The Chapel Down vineyard won a gold medal at the International Beer Challenge for its Curious Brew premium lager which is brewed with Saaz and Cascade hops and fermented with champagne yeast.

English winemakers may see Kent with its warm climate and proximity to France as their spiritual home but it's also the closest county to Flanders from where brewers are first thought to have imported hops in the late fourteenth century. "Kent, sir - everybody knows Kent - apples, cherries, hops and women" as Charles Dickens put it in The Pickwick Papers. 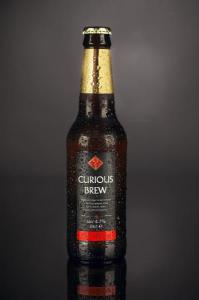