I've just watched The Rugby Codebreakers, a documentary shown on BBC Wales last night about the Welsh rugby union players who were forced, as the saying had it, to "go North" and become professional rugby league players in Lancashire and Yorkshire when the union game was, at least officially, still strictly amateur.

Stories about the social ostracism imposed on those who converted from union to league are legion, as are those about the subterfuge scouts and directors of the Northern clubs were compelled to resort to when heading into Welsh rugby union territory to obtain the signatures of star players from the working-class mining villages of the South Wales Valleys and dockland districts of Cardiff - a history outlined again last night, with much of the archive footage coming from the 1969 documentary The Game That Got Away - but I hadn't quite realised the extent of the racism amongst the Welsh union's selectors which meant that up until the mid-1980's the chance of a black Welsh rugby union player being picked for the national side was effectively nil, all but forcing them, as some of their black South African counterparts also did, to accept the generous financial inducements being offered them by the top rugby league clubs in the North. 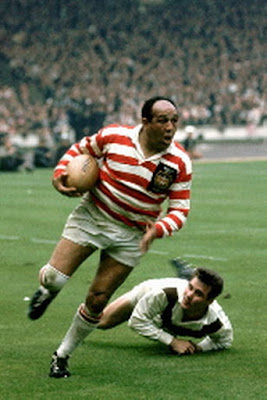