I can't quite bring myself to welcome or join in the crowd booing and general opprobrium currently being directed at the Australian cricket team after their captain and star batsman Steve Smith and another member of his squad were found guilty of tampering with the ball in a Test match against South Africa.

Yes, ball tampering is against both the spirit and laws of cricket, and yes, it's right that those found guilty of it face some kind of sanction (the one Test ban and loss of match fees from the one in which the incident occurred in this case seems sufficent to me), but all teams have at one time or another done it and it strikes me as a tad hypocritical for the English press in particular to lambast Australia for it.

There's also the idea that cricket, being supposedly a gentleman's game, should be above such chicanery - "It's just not cricket" - and, again hypocritically, that ball tampering is something that might happen in Britain's former colonies but not here.

The only real way to eliminate it would be to do as cricket's distant transatlantic cousin baseball did at the end of the so-called "dead ball era" in the 1920's and change the ball as soon as it becomes scuffed or worn, but that would radically alter the playing of a game in which the condition of the ball, and the point at which it is replaced, can, pardon the pun, swing the outcome of a match, and even then, as baseball discovered, illegal deliveries akin to spitballs would no doubt still continue to be sent down the pitch to batsmen. 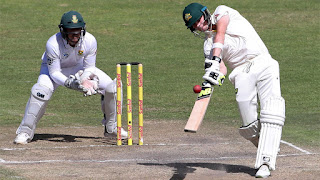