An attempt seems to be underway to rehabilitate the reputation of the 1980's pop songwriting team Stock, Aitken and Waterman. There was a documentary on ITV about them the other night, a compilation CD of their chart hits has been released and a reunion concert featuring the label's artists in Hyde Park last month was only cancelled because of the weather.

For those lucky enough not to remember SAW's heyday in the late 80's, their roster included such god-awful singers as Kylie Minogue, Rick Astley and Sinitta.  The label's Hit Factory studio was named in homage to Motown's Hitsville USA home in Detroit and located in a similarly gritty neighbourhood in Southwark, South East London. There however the similarities ended.  In contrast to the sublime soul-pop produced by Berry Gordy and songwriters Mickey Stevenson, Smokey Robinson and Holland-Dozier-Holland, SAW represents a low point in British popular music history, a dark period between The Smiths and Oasis that was only briefly illuminated by the Stone Roses.

The last thing we need is a SAW revival.

I should add that I've got quite a lot of time for Pete Waterman himself, especially his enthusiasm for trains and cask beer. 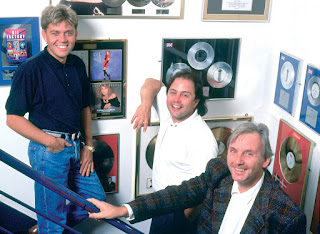