Warehouses for the poor? 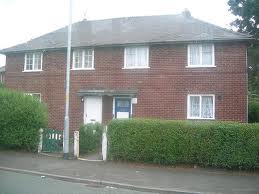 Neither of housing minister Grant Shapps' announcements on New Year's Day, that the Government intends to prosecute council house tenants who sub-let their homes as well as increasing rents for well-paid tenants, were that surprising.  What did bring me close to putting my fist through the TV screen though was the subsequent discussion on the BBC news channel.  Two journalists - neither of whom I'd guess has much experience of social housing - homed in on the twenty thousand or so council tenants who earn £100,000 and agreed with each other that "council houses weren't meant for people like that".
By "people like that" they meant skilled workers and they are completely wrong.  The idea that council houses were built only for jobless, poor people to live in is not only historically inaccurate but politically poisonous, implying that society has no responsibilty to provide housing for anyone but the most desperate and in doing so should spend as little as possible.

The two things that drove council housing building between the late 1930's and early 1950's were slum clearance and bomb damage in the Second World War.  When my own grandparents moved to the Wythenshawe estate in South Manchester, they saw it as moving to the countryside from inner city Old Trafford.  Manchester City Council even called what would eventually become the biggest housing estate in Europe its Garden Suburb.  My grandad worked as a toolmaker at the giant MetroVicks engineering factory in Trafford Park, my grandmother behind the bar in a pub and later on school dinners.  Like their neighbours in the full employment and increasing affluence of the 50's and 60's, they bought a car, a TV and a fridge and saw their children go on holiday abroad. The idea that they constituted a social underclass is a joke.

The idea that only unemployed or poor people should live in social housing has two roots.  One is the United States where public housing in cities like New York and Chicago was designed, as the poet Carl Sandburg put it, as "warehouses for the poor". The other dates from the Thatcher government of the early 1980's which simultaneously ran down manufacturing industry and sold off council houses so that in the end many estates did become largely peopled by deprived and jobless tenants.  The idea that that was the intention from the beginnning is far from the truth though and the BBC housing correspondent who claimed that it was should read about the history of what he purports to be an expert on before he speaks.
Posted by Matt at 02:21