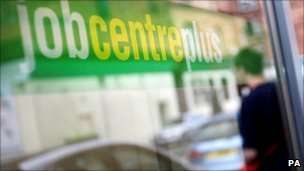 I wish Cait Reilly well in her legal challenge about unemployed people being forced to work for free.  As someone who's been involved in a high profile legal case against my employer, I also sympathise with her over the way she's been attacked in the tabloid press by uninformed and overpaid right-wing journalists.

Reilly is an unemployed graduate from Birmingham who volunteers in a museum.  The jobcentre told her she had to accept a two week "training placement" at Poundland or lose her meagre unemployment benefit of £53 a week.  The "training placement" was unsurprisingly nothing of the sort, consisting of stacking shelves and cleaning floors.

There is of course nothing wrong with unemployed people being offered training or volunteering.  When I was unemployed in the mid-90's, I took a computer course arranged by the jobcentre.  After I was made redundant a few years ago, I volunteered as an advisor in a law centre (now closed due to Government cuts).  These "training" schemes however have nothing to do with training and everything to do with Poundland and other employers in the already low-paid retail sector exploiting the expanding pool of unemployed young people when they need extra staff.

If I was forced to work in Poundland for nothing or lose my benefits, I think I'd turn up every day on time and then work as slowly as possible, "accidentally" dropping or knocking over stock on a regular basis.  Somehow, I don't think I'd be there two weeks.
Posted by Matt at 06:30