Mark Dredge who blogs at Pencil and Spoon is inviting people to nominate their pubs and beers of the year. Below is my, admittedly quite traditionalist,  take on Golden Pints 2013.

Best UK Keg Beer
Apart from a couple of pints of Heineken at football matches, don't think I’ve drunk any.

Pub/Bar of the Year
The Lamb and The Grapes in Eccles, The Hare and Hounds and The Unicorn in Manchester, all proper working-class boozers selling cheap, well-kept cask beer.

Best New Pub/Bar Opening 2013
Hope Inn, Stockport’s only brewpub until The Magnet gets its brewing operation off the ground in the New Year.

Supermarket of the Year
Sainsbury’s for Guinness FES, Tesco's for Fuller’s 1845.

Online Retailer of the Year
Beers of Europe.

Food and Beer Pairing of the Year
Pork pie and a pint of bitter, as ever. Sarah Hughes Dark Ruby mild and a cheese cob is a close second though. 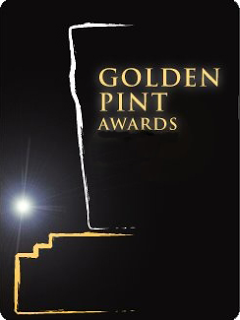