I've just completed Stockport and South Manchester CAMRA's Winter Warmer Wander by visiting twelve pubs and drinking at least a half of cask-conditioned old ale/barley wine, porter or stout. I pretty much evenly split the pubs between Stockport and Manchester, although you could just about do it in one of them alone.

The event is sponsored by Old Tom, the 8.5% abv strong ale brewed by Robinsons in Stockport which I've drunk a few halves of this month. Robinsons also now brew another qualifying beer, Red and Black Porter, as well as the seasonal Dizzy's Christmas Kiss. The other family-owned regional breweries in the Manchester area don't really feature in the event. I'm pretty sure Hydes haven't brewed their XXXX winter ale since moving from Moss Side to Salford in 2012 and Holt's Sixex strong ale is a rare sight in draught rather than bottled form, although I did have a half of Lees Moonraker on their stand at Manchester Christmas market.

Except for Robinsons Old Tom and a half of Wadworth's Christmas ale, everything else I've drunk on the Winter Warmer Wander has been from the microbrewries Acorn, Blackjack, Brightside, High Peak, Howard Town, Long Man, Pictish and Weird Beard, the stouts from the first three being among my favourite beers of the trip around the twelve pubs. 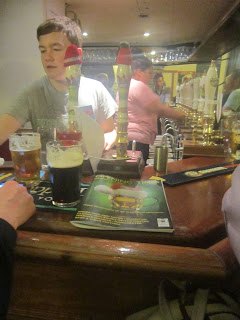 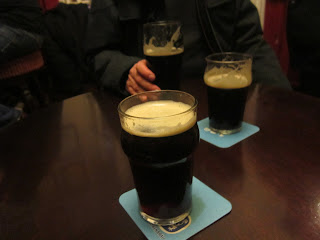 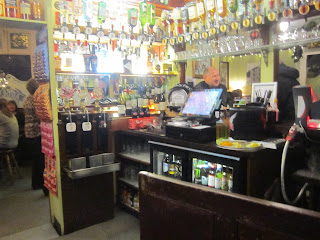 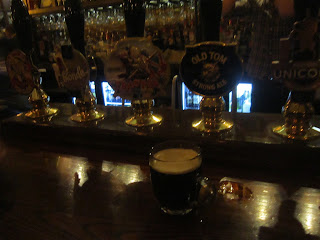