Zola on the radio

I listened to the first episode of a new dramatisation of the Rougon-Macquart novels by the French writer Emile Zola on Radio 4 yesterday.

I've read a few of the novels in the series, subtitled "Natural and social history of a family under the Second Empire": Germinal, about a miners' strike in Northern France, La Terre, about life in the countryside outside Paris, La Bête Humaine, a psychological thriller about a homicidal railwayman, and Nana, about a prostitute/actress. The overall idea is to use the novel as a sort of science lab in which the effects of heredity and environment on human behaviour can be studied.

Glenda Jackson is convincing as Tante Dide, the matriarch of the extended Rougon-Macquart clan who narrates it, and the whole thing moves along at a smart pace. It seems to be fairly loosely translated from the text: a woman who in 1852 goes off to join Republican rebels fighting the National Army, after Napoleon III  has overthrown the Second Republic proclaimed in 1848 in a coup d'état, exclaims on seeing her new comrades for the first time "Cool!". I'm pretty sure that's not a line lifted from Zola.

Overall though, it's a enjoyable, and accessible, way of experiencing the novels and I'm looking forward to listening to the rest of the series, 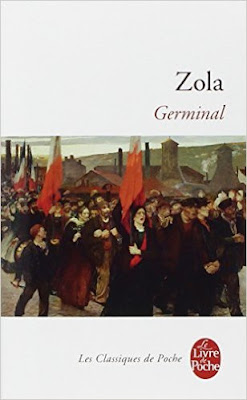