In 2008, fifteen year old Barnsley winger Reuben Noble-Lazarus became the youngest player to turn out for a Football League team and left-hander Joe Nuxhall was also that age when he first pitched for the Cincinnati Reds in 1944, still a Major League Baseball record. In contact sports like rugby and American football, the youngest ever players are, as you'd expect, a bit older, in the 18-20 age range.

Twelve seems to be the youngest age anyone has competed at the top level of a sport - in golf and chess - and there have also been one or two fourteen year old tennis players. At the other end of the scale, I doubt we'll ever again see a fifty year old professional footballer like Stanley Matthews or a fifty-two year old Test cricketer like Wilfred Rhodes. 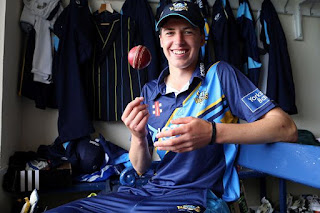