A Plaque for the Printers

I popped to the Printers Arms in Cheadle between rain showers this afternoon for the unveiling of a Blue Plaque marking the spot where my local CAMRA branch was formed in 1974. It was the first time I'd been to the pub, and my first CAMRA event for eighteen months.

The South Manchester branch formed there forty-seven years ago covered a huge area south of the city, extending from Warrington in the west to Macclesfield in the east, before being broken up into smaller ones over the next few years, including Stockport and South Manchester which I'm now a member of, although there are still some anomalies resulting from historical local government boundaries and the ad hoc way in which it was done (despite its name, the current branch doesn't include the whole of either Stockport or south Manchester).

The Printers Arms is described in the 1976 Good Beer Guide as "A thriving old pub" (that's the entire entry by the way: more expansive write-ups in the GBG of what to expect when visiting somewhere new were still some years off). It still is an old-looking pub, at least externally, but has been modernised inside to create a large, airy space around a central bar, and a conservatory added to the rear, leading to a triangular beer garden.

The Robinson's Unicorn bitter was in decent form and it was good to see some of my fellow local CAMRA members again after a year and a half. Founder member Neil Kellett unveiled the plaque alongside his brother Alan, who was the secretary of Cheadle Constituency Labour Party when I joined it in the late eighties. 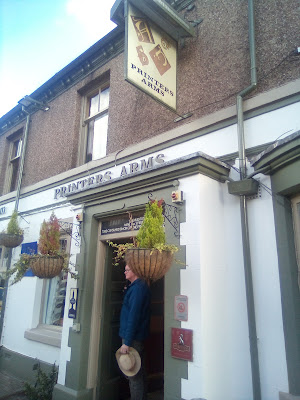 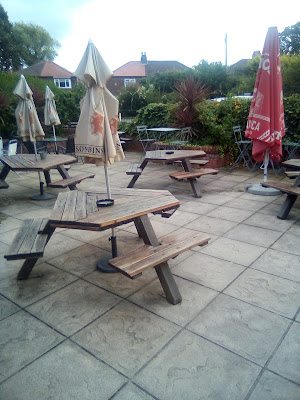 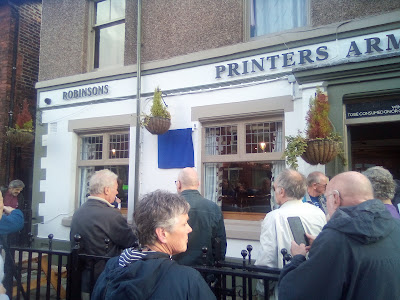 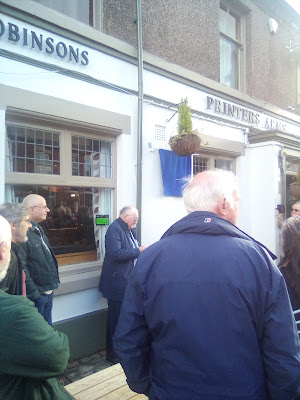 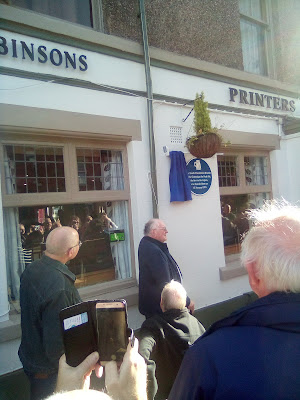 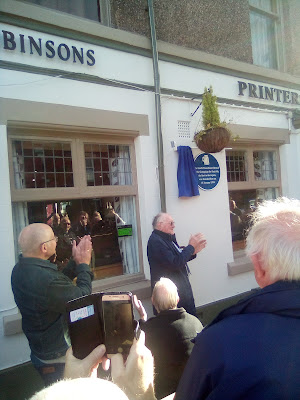 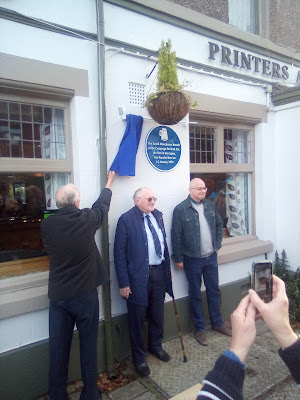 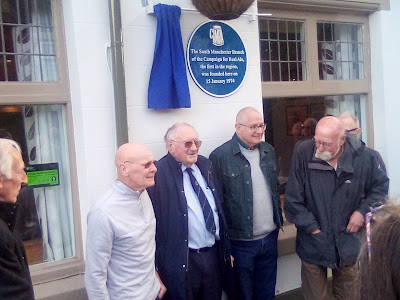