I've just got my copy of 50 Years of CAMRA by Laura Hadland, an official history published to celebrate the fiftieth anniversary of the Campaign for Real Ale, which was founded on a drinking holiday to Ireland in March 1971.

As you'd expect, the book has material in it from every part of the country and decade of the campaign's history - much of it from its newspaper What's Brewing, which has just been axed to cut costs - but the section on the early days has a definite tilt towards the North West, which is unsurprising given that the four founder members all came from Lancashire, including two from Salford.

So how different does the campaign look now as it enters its sixth decade?

The organisation in the early seventies was obviously a lot smaller - although it grew from the original four to five thousand in the first couple of years - and had a much looser structure, with fewer branches covering larger areas, a single employee, to process membership applications, and initially didn't do either of the things it is now probably most associated with - organising the Great British Beer Festival and publishing the Good Beer Guide - but on the other hand undoubtedly had a much higher proportion of young and active members, ready to turn out for meetings, demos and social events  (more than a hundred and fifty thousand overwhelmingly paper members, who joined at a beer festival or through a gift membership, but are never seen by their local branches, and a national executive elected on a very low turnout, and known only by a handful of activists, are both relatively recent phenomena).

Like other parts of society, CAMRA has been hit hard by the Covid-19 pandemic, with pubs shut for most of the last year and financial pressures forcing it to furlough many of its headquarters staff as two of its major income streams - new membership applications and beer festivals - respectively slowed down and disappeared entirely, and the decision to press ahead with a third, publication of the Good Beer Guide with its lucrative pre-Christmas sales, looking more like a commercial decision than a campaigning one.

So what now for CAMRA?

Two of the issues it faces - the ongoing closure of pubs and an ageing active membership not being adequately replaced by younger people at branch level - each predate the pandemic, even if it will likely worsen things on both fronts, and in the latter case is something seen across all voluntary organisations and societies.

In the future, I can see CAMRA becoming something like a beer drinkers' equivalent of the National Trust, an organisation that people have a direct debit to because they broadly support its aims and/or like the benefits that membership brings, but aren't willing to give up their spare time to work at festivals for or interested in becoming involved with the running of, with the labour of a decreasing band of volunteers increasingly replaced by that of paid staff (obviously I will be attempting to swim against that tide myself by resuming activity with my own local branch in Stockport and South Manchester, now like all the others in lockdown-induced hibernation, once I've had my Covid jabs and the pubs are back open as normal). 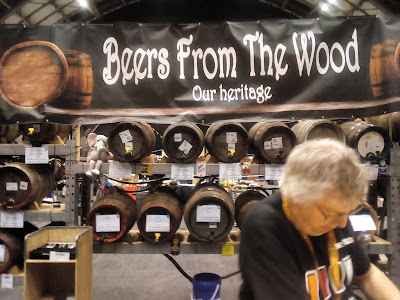