Sweetness, sweetness I was only joking when I said

I watched a bit of a programme on BBC1 last night in which TV chef Hugh Fearnley-Whittingstall launched a personal crusade against obesity, starting with a missionary trip to the frozen North (Newcastle-upon-Tyne to be more precise) to shame educate the fat-guzzling plebs there into eating more healthily.

There are of course many serious and overlapping issues when it comes to obesity - the amount of sugar and salt in processed food; the labelling of food by manufacturers and retailers; poverty caused by low wages and benefits making better quality food unaffordable - but the point that he doesn't seem to grasp is one that another upper middle-class, ex-Etonian, George Orwell, highlighted in his classic piece of 1930's social reportage The Road to Wigan Pier, and which came to mind as Hugh hectored the bemused populace of Newcastle through a megaphone:

"The ordinary human being would sooner starve than live on brown bread and raw carrots. And the peculiar evil is this, that the less money you have, the less inclined you feel to spend it on wholesome food. A millionaire might enjoy breakfasting off orange juice and Ryvita biscuits; an unemployed man doesn't...When you are unemployed, which is to say when you are underfed, harassed, bored and miserable, you don't want to eat dull wholesome food. You want something a little bit 'tasty'...Let's have three pennorth of chips! Run out and buy us a twopenny ice-cream!...That is how your mind works...White bread-and-marg and sugared tea doesn't nourish you to any extent, but they are nicer.."

Later, Hugh drove a van onto a housing estate in one of the poorer parts of the city and tried to tempt its working-class inhabitants with fresh fruit. As Orwell put it later in the same passage, "In London..parties of Society dames now have the cheek to walk into East End houses and give shopping-lessons to the wives of the unemployed...First you condemn a family to live on thirty shillings a week, and then you have the damned impertinence to tell them how they are to spend their money." 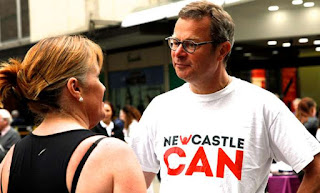