Shakespeare and the conspiracy theorists

I'm reading Shakespeare's Lives by Samuel Schoenbaum at the moment. The most entertaining parts are where he discusses, dismisses and pokes fun at those who believe someone else wrote Shakespeare's plays.

A lot of the people who believe a grammar school boy from Warwickshire couldn't have written the plays are clearly motivated by snobbery.  For example, the barrister Christmas Humphreys wrote in 1955: "It is offensive to scholarship, to our national dignity, and to our sense of fair play to worship the memory of a petty-minded tradesman while leaving the actual author of the Shakespeare plays and poems unhonoured and ignored. Moreover, I have found the plays of far more interest when seen as the work of a great nobleman and one very close to the fountainhead of Elizabethan England."  (Humphreys was an unusual member of the Bar, a convert to Buddhism whose North London home is now a temple). They are invariably never - unlike Schoenbaum - academic experts on Shakespeare's plays but rather eccentric amateurs: the pioneer of the theory that the Earl of Oxford wrote the plays was a schoolteacher called, rather appropriately, Looney.

There is now though another element to the anti-Stratfordian movement apart from the snobbery.  They increasingly resemble other conspiracy theorists and "truthers" who believe the moon landings were a hoax, 9/11 was carried out by the CIA and/or Mossad etc.  in believing that they have secret, "inside" information that "they" (the Government/Jews/academic establishment) don't what us to know. 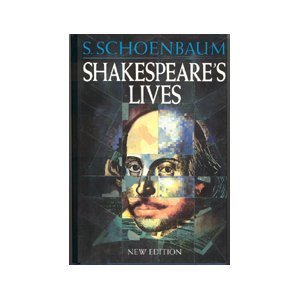